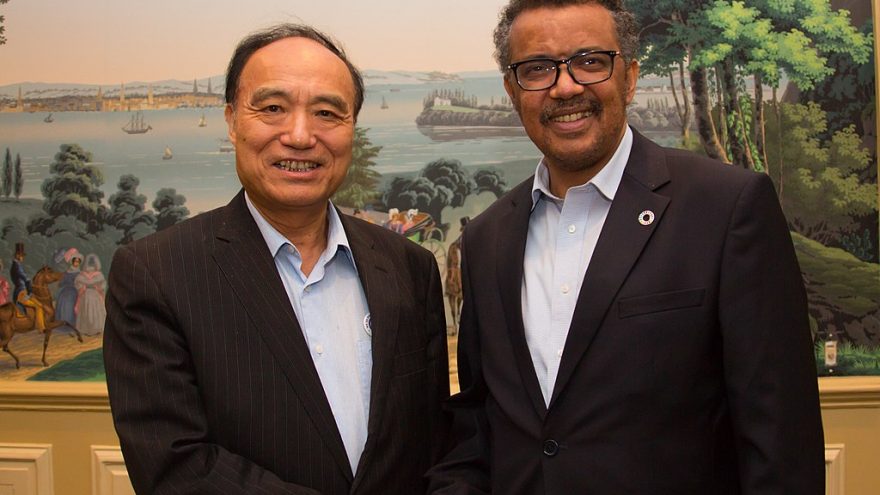 Dr. Tedros, the World Health Director, has been in the spotlight lately due to the W.H.O.’s handling of the coronavirus outbreak and its ties to China. However, new revelations about his past and ties to a group, labeled as a terrorist organization have come to light as well.

Dr. Tedros was a leader of the Ethiopian People’s Revolutionary Democratic Entrance. The group that was designated as a terrorist organization by the United States. In 2014 the Department of Homeland Security released a memo that outlines the actions of the EPRDF.

So, how did he get to be the director of the World Health Organization?

That's another story with a hazy picture. He got the job after multiple rounds of 'secret-ballot' voting. Prior to landing this job he was accused of covering up multiple cholera epidemics and attempting to change the narrative by leaning on media and gov't officials to stop calling it a "cholera" epidemic.

Sound familiar? He's also been accused of helping the Chinese fight a public relations battle on their handling of the outbreak. Some of that is documented here.

Gordon Chang, a foreign affairs expert, in an interview with Fox News said this:

"Tedros is the second-to-last person who should be heading the  World Health Organization at this time," foreign affairs expert Gordon Chang told Fox News. "The last person is (Chinese President) Xi Jinping."

President Trump has recently called on the US to stop funding to the World Health Organization, a move that has landed him some criticism from the left and the Chinese.

That move is starting to look quite a bit more clever than Democrats will likely admit.