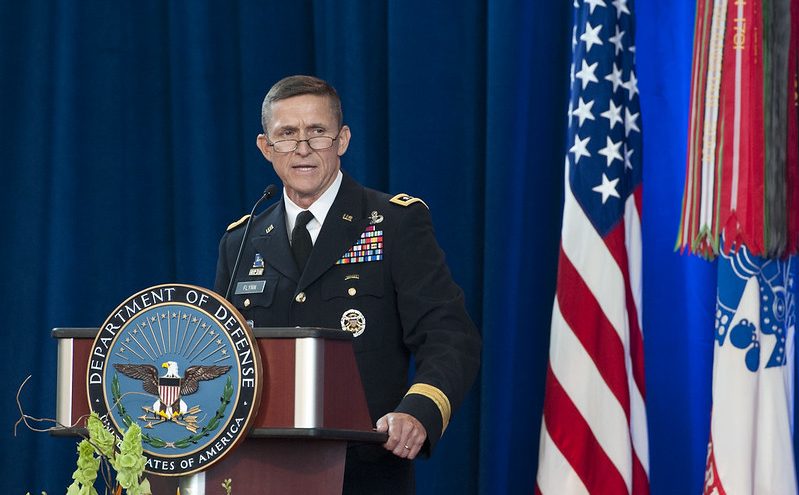 Sean Davis published a piece on Friday that says newly field court documents include exculpatory evidence in favor of General Michael Flynn. Flynn is President Trump’s former National Security Advisor who was swept up in the Mueller investigation. Flynn, and those around him, have claimed his innocence since the start.

Flynn plead guilty to lying to investigators about his conversations with foreign diplomats. The Flynn defense team, including Sydney Powell, claims their client was set up by a rogue and illegal investigation. Flynn has filed a motion to withdraw his guilty plea in light of the new evidence.

Sydney Powell has long claimed that the FBI is still hiding evidence of Flynn’s innocence. That evidence is to include admissions by the interviewing agents that they did not believe Flynn was lying. Another claim is that he was basically extorted by threats of the Mueller team going after his son if he didn’t take the plea and, more or less, shut up.

The newest development seems to be that Flynn may be fully exonerated as early as this week. Maria Bartiromo, a Fox Business journalist, made this claim on Sunday.

"Breaking News: sources tell me [Flynn] will be completely exonerated this week. It was a total fraud. A Set up. More tomorrow," tweeted Fox Business host Maria Bartiromo on Sunday.

Devin Nunes, R-CA, was on the Sunday Morning Futures show and said it would be an "important" week for Flynn. Nunes is the top-ranking Republican on the House Intelligence Committee and he's been concerned about this whole Russian collusion scheme from the beginning.

The newly filed documents are under seal so neither The Federalist or Bartiromo can claim they know for sure. However, Nunes' claim of an important week among the filing of new documents seems to bring a sense of reality to it.

Catherine Herridge, an investigative journalist for CBS News, also brought some attention to the claims, in a tweet saying:

This, indeed, sounds like it will be a critical week for General Flynn. Stay tuned for developments.

One thought on “Vindication Could Come For General Flynn This Week”