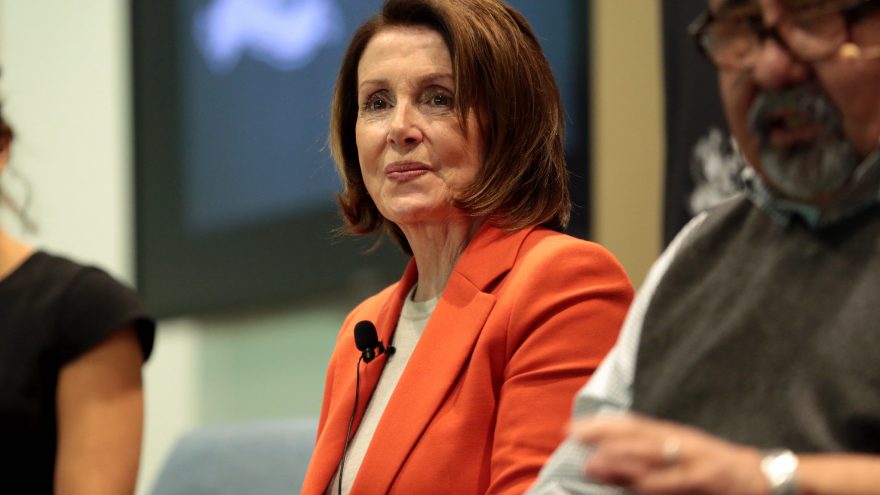 The House passed a $3 trillion coronavirus relief package on Friday evening that Democrats are calling an unprecedented relief package to help cover costs of the pandemic and damage to the economy over the shutdown.

“I’m thrilled,” House Speaker Nancy Pelosi said after the bill’s passage. “I’m so proud of my members. They just did something so monumental for the American people — for their health, for their lives, for their livelihood, and for our democracy. We couldn’t be more thrilled.”

Unlike the last stimulus bill that passed the House, this was not a strong bipartisan vote. In fact, only one Republican voted for it. Peter King, NY, decided to break ranks with the GOP and vote ‘yes’.

But what’s in it and will the Senate back their play?

It's not likely that the Senate passes this bill. They've already called it "dead on arrival" and President Trump has said he will veto the bill as Republicans have, in unity, referred to it as another liberal wish lists.

Democrats are playing on fear and saying people will die if this bill is not passed.

"Many say this bill is dead on arrival," Rep. John Garamendi, D-Calif., told members on the House floor. "If we do not move this bill, the deaths will be in our districts."

The bill is said to include another round of $1,200 payments for individuals, capped at $6,000 per household.

It also includes $1,200 checks to go to some 'undocumented immigrants', creates another special enrollment period to boost the ObamaCare program, student loan forgiveness, SALT, and of course vote by mail.

One thought on “$3 Trillion Bill Passes The House, But What’s In It?”