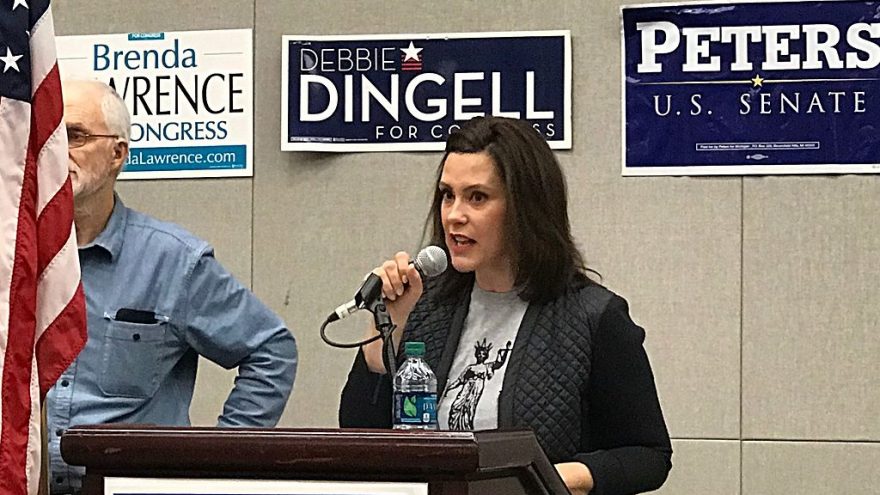 The 77 year old Michigan barber is becoming a shining example of what America was founded upon. He’s standing tall and proud in the face of tyranny – and he’s not alone.

Manke made headlines just days ago as Governor Whitmer (D-MI) ordered him to keep his business shut down. He did not abide and she’s doing her best to make him pay the price.

Whitmer took it a step further.

Manke was taken to court by the state but the judge refused to order him to close his business down. Whitmer then sent the attack dogs from the Department of Health to his doorstep.

Finally, on Tuesday, Whitmer had his operating license pulled.

“Not thinking about it, they’ve actually done it without a hearing, without any due process,” he added, saying the action took place some time after 5:00 p.m.

“It’s an unbelievable abuse of power,” Kallman said, arguing there’s no legal basis for the action.

“This is pure retribution by the governor’s office and by the AG. This is so petty and vindictive, it’s beyond the pale,” he told Gruber.

The tyrants within the State of Michigan's government are beating down an elderly man who wants nothing more than to work and to provide for himself, his family, and his clients. The government says not so fast.

When asked about Manke, during a press conference, Whitmer replied:

I expect people to follow the law. These executive orders are not a suggestion. They're not optional. They're not helpful hints."

Hat tip to Manke and all of his supporters across the country. We need more of him right now and less of Whitmer's kind if we're going to be a free country again.

58 thoughts on “Karl Manke is Becoming the Hero We Needed -Gov. Whitmer the Villain”