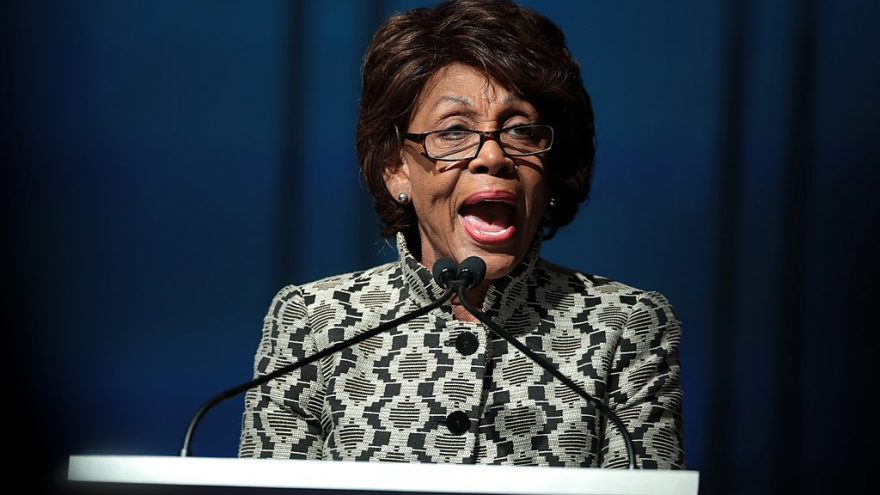 Democrat Congresswoman Maxine Waters (D-CA) says the people protesting the lockdown should be ashamed of themselves. During a show on Spectrum News 1, she went off on Trump and protestors who want their businesses and jobs back.

“You know our governors are under great stress. The protests that have been organized, the protests trying to intimidate our governors to open up everything are protests where the people participating in that should be ashamed of themselves.

She then goes on to say, basically, that Socialism is here and that’s the way it should be.

Waters says she wants the federal government to step in and take care of the families, not to reopen businesses.

I don’t want to see these establishments opened back up. I want the federal government to join with the cities and the states to support these families in every way that we can.

She blames President Trump for encouraging this type of behavior and asks people to stand with the governors who are not opening these small businesses back up.

we don’t want them opened up. We are very sympathetic to the pressure that is being put on by the president of the United States

Waters then praises Governor Newsom, of California, for 'holding the line' and says the governors need to do the same and not open these small businesses up.

California has basically been bankrupt and constantly living off federal money for years. Could it be any more obvious as to why that is, at this point? Where does she think federal money comes from?

Anybody know where federal money comes from?

To keep businesses closed down and pour out federal money while the federal government isn't taking in tax revenue is a giant step to economic collapse. But she wouldn't know that, she's still getting a generous paycheck for her 'work'.

For more on this story go to Breitbart.