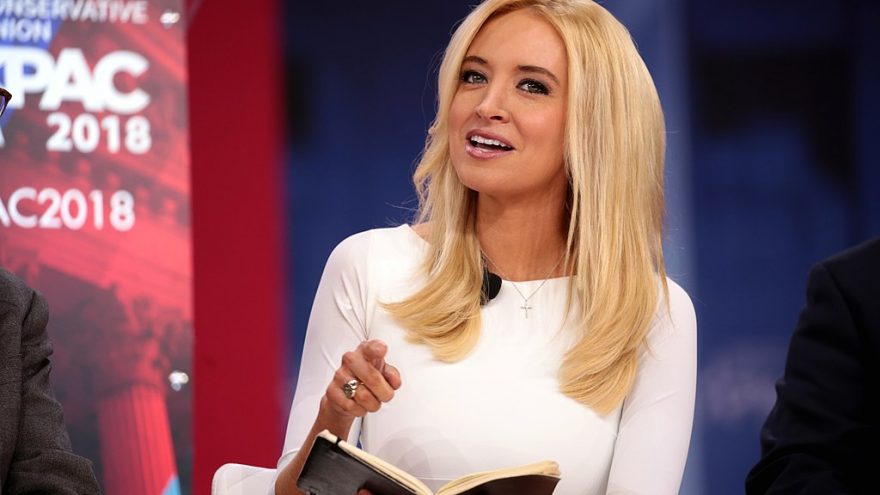 
The New White House Press Secretary, Kayleigh McEnany, is winning over fans of President Trump very quickly. She may just be pulling some independents that way as well. She’s tough and she’s smart.

Needless to say the White House Press Corp probably doesn’t like her too much. She’s embarrassed them multiple times already for simply not doing their jobs as ‘journalists’. They’ve been playing the role of political advocacy for the DNC, for the most part and have lost a ton of credibility over the past 4 years with issues like the Russian collusion fable.

McEnany might be speeding that up that erosion of press creditability. She ended Friday’s press briefing with a set of simple questions that, she says, any real journalists would have asked. The questions revolved around the unmasking of General Flynn by Obama team members and possibly Obama himself.

“I laid out a series of questions that any good journalist would want to answer about why people were unmasked and all sorts of questions, and I just wanted to follow up with you guys on that,” McEnany said. “Did anyone take it upon themselves to pose any questions about Michael Flynn and unmasking to President Obama’s spokesperson?”

A couple of reporters tried to interrupt but she wasn't having it. She kept on.

“Oh, not a single journalist has posed that question?” McEnany continued, as ABC reporter Jonathan Karl tried to interrupt. “Okay, so I would like lay out a series of questions and perhaps if I write them out in a slide format, maybe we’re visual learners, and you guys will follow up with journalistic curiosity.”

Then she laid out these 5 Questions that the Daily Caller listed out for you.

Before she left she said she'd give them the weekend to have a chance to follow up on these questions.

25 thoughts on “New Press Secretary Is All The Rage”