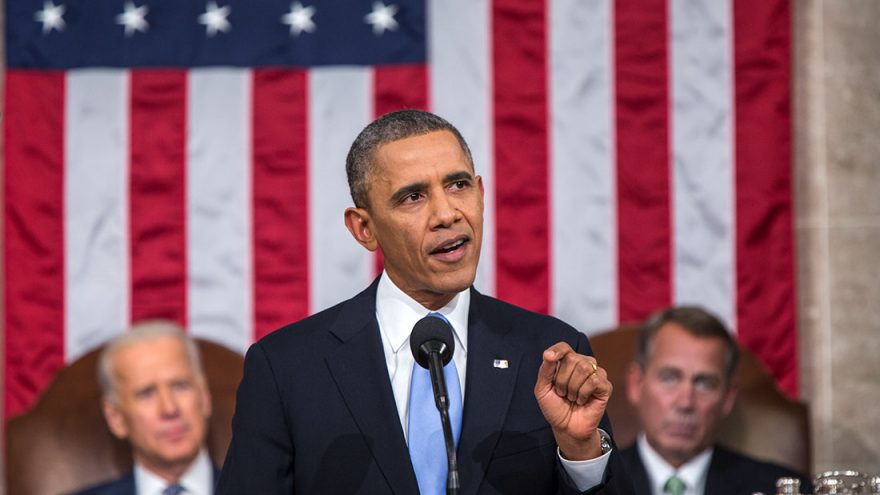 Former President Obama took a shot at the Trump administration, on Saturday, during what was hailed to be a motivation speech. Instead it turned into a political speech to attack the current President and his administration over their handling of the coronavirus pandemic.

“More than anything, this pandemic has fully, finally torn back the curtain on the idea that so many of the folks in charge know what they’re doing,” Obama said in his speech. “A lot of them aren’t even pretending to be in charge.”

At the ‘celebrity special’ graduation event, “Graduate Together: America Honors the High School Class of 2020” Obama made a reference to ‘so-called grownups’ having ‘fancy titles and important jobs’ but not knowing what they’re doing and ‘thinking like little kids’.

The former President has been on the campaign trail for Joe Biden in recent weeks and seemingly taking every chance he gets to lob shots toward the Trump campaign and administration.

President Trump fired back though, as he normally does, saying the pandemic wasn't his fault.

“I don’t take responsibility at all,” Trump said at a press briefing. “Because we were given a — a set of circumstances, and we were given rules, regulations and specifications from a different time.“

Trump has long pointed at the fact that the supply of PPE and ventilators was drained under the Obama/Biden administration.

One of the most controversial figures in the handling of this pandemic has been Dr. Fauci, and Dr. Fauci subtly dismissed the idea that the Obama admin was responsible for the depleted supply under his watch.

Joe Biden, meanwhile, will likely be the Democrat nominee for POTUS in November and he has been virtually absent throughout all of this, making it seem as though Barrack Obama will be the key figure in the Democrat's bid for the White House in November.

For more on this story go to this CNBC article.