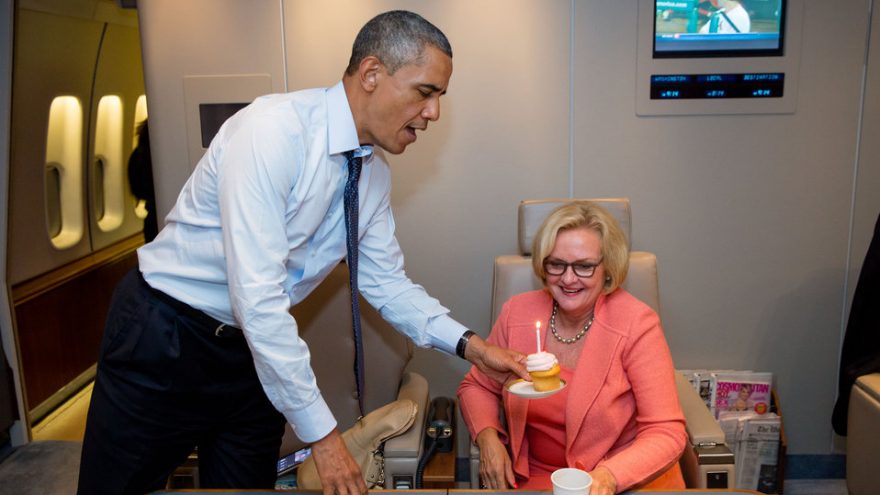 
Claire McCaskill just woke up from a 12 year nap, apparently.

The former Democrat Senator from Missouri was on MSNBC (MSDNC as President Trump might say) on Wednesday where she made an outlandish claim about the Obama administraiton.

He wants to get to the point where they’re chanting lock them up at his rallies about Obama and Biden, who have done nothing illegal. Nothing, nothing, not even close! Not a hint of corruption during eight years of Barack Obama.

How about the Fast and Furious gun running operation?

How about the new revelations that Obama Treasury Department Spied on Flynn and others?

How about going after whistleblowers?

How about Obama spying on General Flynn, the press, and the Senate?

Then there's the Obama DOJ ordering no charges for Hillary while Espionage Act charges were being discussed.

Does anyone remember the rigging of the Democratic Primary in 2016? That was on Obama's watch.

It's all a smokescreen to keep the people from watching what is really going on. Corruption at such a high level is being exposed, piece by piece, as you can see from the above sourced articles.

McCaskill goes on to say what many already have come to realize.

The coronavirus pandemic was their savior and they're going to drag it out as long as possible.

I think there are going to be three metrics that this president is definitely afraid of, to use an unfortunate phrase. He’s going to be afraid of the unemployment numbers in September and October, and so far, the complicated and byzantine stimulus that’s been put forward has not eased unemployment.

Could this have something to do with why many Democrat Governors are wanting to keep their states locked down?

16 thoughts on “What Are These People Smoking? Not a Hint of Corruption in Obama Administration”