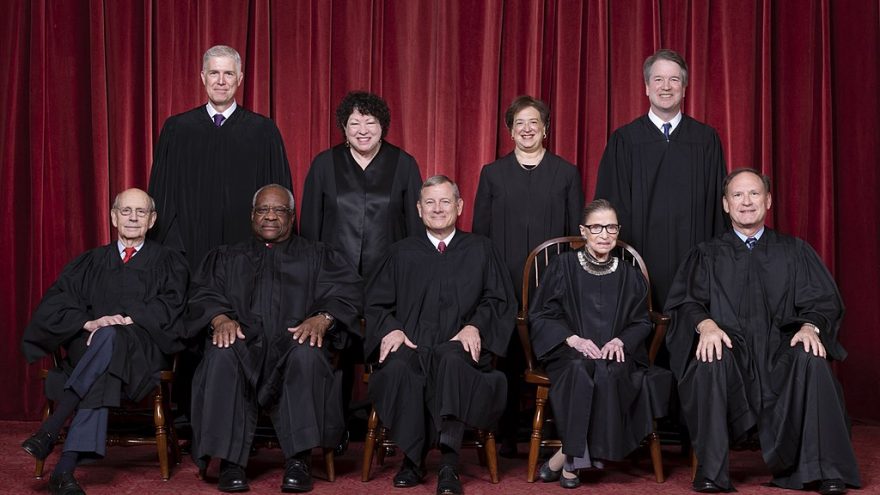 Supreme Court Justices are human like everyone else. However, they are tasked with putting aside their personal beliefs in order to uphold the Constitution of the United States.

We know that Justices are not apolitical as they are appointed by Republicans or Democrats and both sides hardly agree on the top nominees by each party. Take, for example, the recent nominations of Gorsuch and Kavanaugh. Both hearings were politically charged and involved some outright false attacks on their character.

Although we cannot expect each Justice to not have a personal opinion on politics, we do demand and entrust that they will NOT apply that political opinion to override the Constitution and cases before the Supreme Court.

Justice Roberts may have fallen well short of this standard. We expected the liberal Justices to exert political influence in their decisions. Justices Sonia Sotomayor and Ruth Bader Ginsburg have made their political activism and disdain for President Trump known. We did not expect Justice Roberts to do the same.

How can it be that an order, that Obama himself admitted wasn't lawful, cannot be undone by a sitting President?

Responding in October 2010 to demands that he implement immigration reforms unilaterally, Obama declared, "I am not king. I can't do these things just by myself." In March 2011, he said that with "respect to the notion that I can just suspend deportations through executive order, that's just not the case." In May 2011, he acknowledged that he couldn't "just bypass Congress and change the (immigration) law myself. ... That's not how a democracy works."

However, that's exactly what Obama did.

Obama then tried to do the same thing with DAPA (Deferred Action for Parents of Americans and Lawful Permanent Residents).

But this time it was challenged and the Fifth Circuit of Appeals upheld a nationwide induction against it and the Supreme Court allowed that injection to stand.

Given this, how can the Supreme Court rule against the removal of the DACA program?

Justice Roberts seemed to put his worries of a politically charged environment ahead of the standard already set by the Supreme Court he was sitting on.

Senator Tom Cotton blasted Justice Roberts for this and suggested he's in the wrong business.

“John Roberts again postures as a Solomon who will save our institutions from political controversy and accountability,” said Cotton. “If the Chief Justice believes his political judgment is so exquisite, I invite him to resign, travel to Iowa, and get elected. I suspect voters will find his strange views no more compelling than do the principled justices on the Court.”

Roberts has voted with liberal Justices quite often since President Trump took the office. He's made it clear he doesn't like Trump being President.

But Donald J. Trump is President and he was duly elected as such.

If Supreme Court Justices cannot be trusted to withhold political activism from the bench then we are not a nation of laws but a nation ruled by the political ideology of a majority of 9 people.

13 thoughts on “Is Justice Roberts Campaigning From The Bench?”