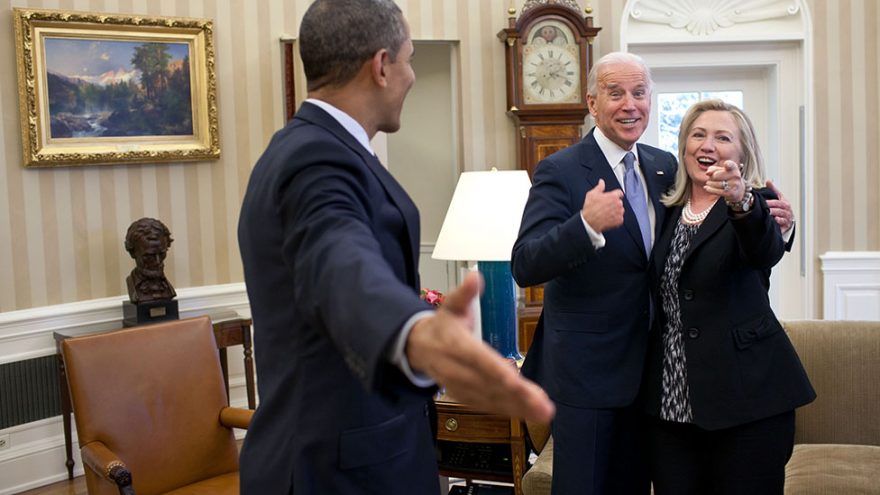 
The Michael Flynn case has unraveled over the last few months and looks to be one of the worst and most corrupt prosecutions of our time and, possibly, of our history.

Joe Biden as said he didn’t know anything about the Flynn investigation when he was Vice President under Barrack Obama. However, newly released FBI notes from Peter Strzok tell a completely different story.

“I know nothing about those moves to investigate Michael Flynn,” Biden said on ABC’s “Good Morning America” when George Stephanopoulos asked what he knew of the FBI’s operations in early 2017.

The DOJ released the notes on Tuesday that show President Obama personally directed FBI Director James Comey and Deputy Attorney General Sally Yates to investigate Flynn. The infamous January 5, 2017 Oval Office meeting seemed to serve as the “kickoff meeting” for the investigation that looks to have framed General Michael Flynn as a traitor.

In the notes, it was then Vice President Joe Biden who suggested the Logan Act be used.

President Obama: "Make sure you look at things + have the right people on it."

If the Kislyak calls were legit, then why did they order an investigation into Flynn in the first place?

This article, "Lawyer: Flynn Was Going to Audit Obama Spy Program Before Setup" may provide the answer for that.

Judge Sullivan has ordered the exculpatory documents, provided by the DOJ, to remain sealed.

He didn't seem to have a problem letting the falsified documents against Flynn seeing the light of day. Why the discrepency?