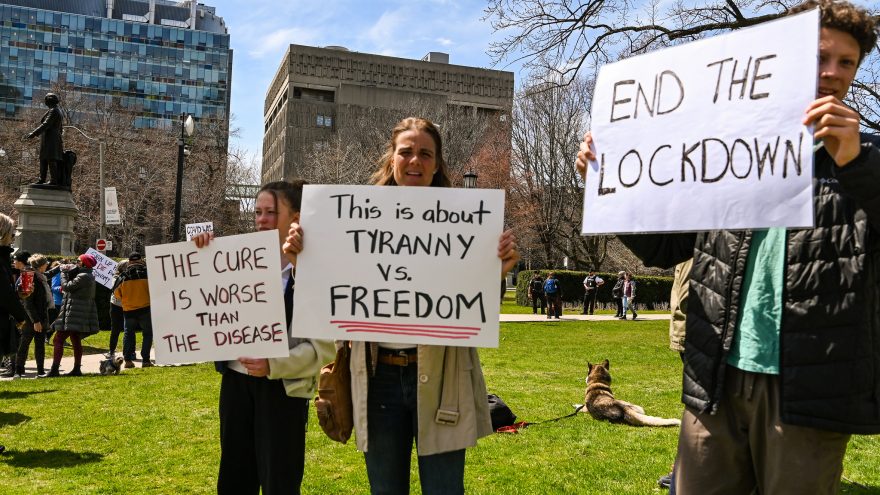 I recently had a conversation with my dad, who most of his life has been a liberal but in all reality has never thought voting really mattered. He is a Vietnam veteran who has travelled the world but prefers to live in a small town. Vietnam soured him on politics, as it did many folks who served in that war.

He lived through the protests of the 60’s and 70’s, which I did not. He’s a history buff and has wisdom and experience far beyond my own. So, when we talk, I tend to listen closely even though we do not always agree.

I believe you can learn a lot from people with whom you disagree.

Given what we now know and how many times the ‘experts’ were wrong, he wonders if people will simply comply with another order.

We are being told that another wave of the coronavirus is coming. This is shortly after we were told we may not likely see another wave.

We are seeing the economy rebound and jobs starting to come back as states relax the lockdown orders. In fact, we saw the biggest jobs increase ever.

Recently, we were told that the protests are more important than coronavirus risks.

Now we are being told that the Trump campaign holding campaign rallies may be too dangerous.

The CDC has recently delivered warnings that another lockdown may be necessary.

John Daniel Davidson disagrees with the assumption that American will comply with another lockdown order and he's provided good reason.

He provides the exact date as June 4th when 1,000 public health officials signed a letter claiming the protests were “vital to the national public health and to the threatened health specifically of black people in the United States.”

In Dallas, TX the District Attorney sent a salon owner to jail for reopening her business a few days ahead of schedule. Then he turned around and let 674 protesters, who had been arrested, off the hook.

In New York City, Mayor Bill De Blasio allowed a massive protest of thousands of people for "Black Trans Lives Matter". He then threatened parents, who took their kids to the park, with jail time.

John Daniel Davidson says the writing is already on the wall:

There are two only possible conclusions here. Either de Blasio somehow believes that catching COVID-19 isn’t a risk if you’re at a BLM rally, or he doesn’t actually care about preventing the spread of the virus and wants to use the pandemic to exercise arbitrary power over New Yorkers, punishing those who defy him and indulging those who share his political views.

This sort of hypocrisy is happening in Democrat-run cities all over the country and he provides many examples in his article.

In the end, he concludes Americans won't and shouldn't comply with another lockdown.

Enough of this. Americans should never listen to these people again.

10 thoughts on “Will Americans Comply With Another Lockdown Order?”