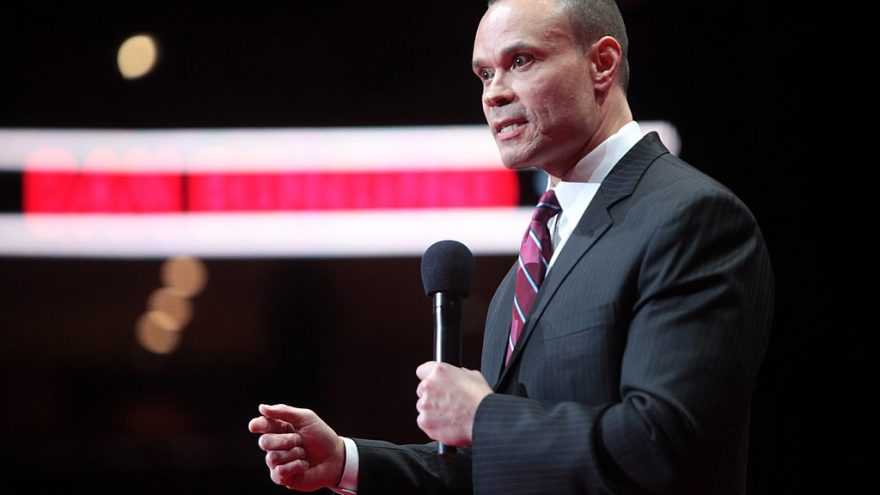 “You can take your mask mandate and shove it right up your a–,” Bongino said Wednesday on “The Dan Bongino Show,” a shot across the bow to Martin County, Florida commissioners who voted 5-0 to pass the ordinance after a lengthy Tuesday meeting that saw most residents in attendance opposing the mandate.

He’s furious about these officials who he says are “drunk on their own power”.

Bongino said he's not necessarily "anti-mask" but he is anti-government mandate.

“I do not need power-drunk pseudo monarchs, little mini tyrants in my supposedly conservative county sending out ridiculous childlike amateur hour edicts demanding people wear masks in situations where the risk of transmission is somewhat close to zero,” he said. “You can take your mask mandate and shove it right up your a--, you understand? Because I will not comply.”

He's echoing the sentiments of many Americans right now as many mayors and governors have honed in on powers that many don't think they actually have.

“If we fold and bend the knee to these government-wide ridiculous edicts like wearing a mask on a 100-degree beach in the middle of Martin County then what’s next, a mandate to eat broccoli?” he asked sardonically.

Bongino has a point. In recent days there have been suggestions of a nationwide mask mandate for anyone who is outside, not just in private businesses. Yet there is little data to support it will do much of anything to deter the disease that has over a 99% survival rate.

Let's face it. Most aren't even wearing medical masks but masks made of t-shirt type material. It's more of a face covering than a protection device.

13 thoughts on “Bongino: “You Can Take Your Mask Order and Shove it””