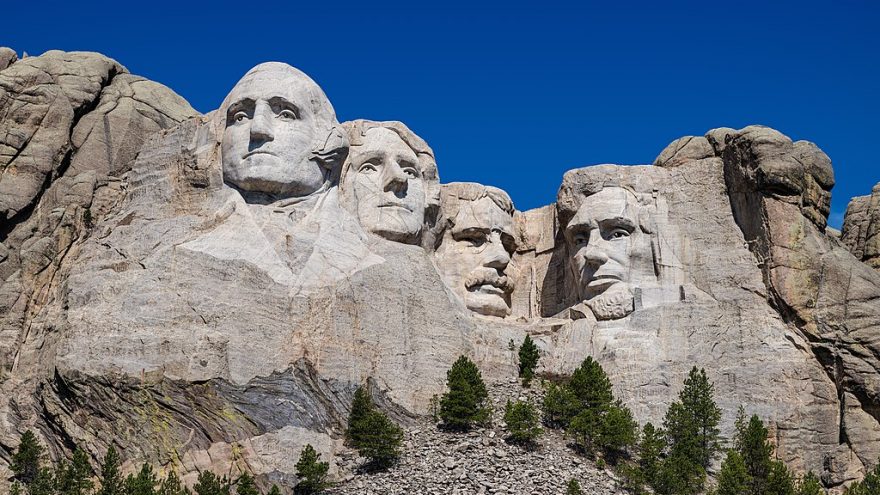 Recently, CNN hailed Mount Rushmore as a “monument of two slave owners” created on land that was “wrestled away from Native Americans”.

However, back in 2008, CNN praised the landmark as “quite a sight” when Barrack Obama visited it on the campaign trail for President of the United States.

Fellow anchor Betty Nguyen added: “Barack Obama is in South Dakota today. He arrived there last night. Take a look at this. He got a good glimpse of the majestic Mount Rushmore. Well, South Dakota and Montana have closed out the primary season on Tuesday.”

When Bernie Sanders visited Mount Rushmore in 2016, CNN referred to it as “this monument to 4 great American presidents”.

My how times have changed.

President Trump went to Mount Rushmore over the Independence Day Weekend at CNN gave a much different description of the monument.

The coverage started off by back handedly criticizing the lack of a mask mandate and social distancing at the event. Then it morphed into a much less glowing description of Mount Rushmore.

But at a time of racial unease, when protesters are tearing down statues of slaveholders and calling for the names of Confederate generals to be removed from army bases, the Rushmore event is a reminder that Trump is fighting to preserve these relics of heritage and history that some see as symbols of oppression. And to indigenous people, Mt. Rushmore, with four white presidents, two of whom were slave owners, is one of those symbols.

Then, they had their guest, Nick Tilsen, Founder & CEO of NDN Collective, on to make some additional disparaging comments about the historic monument:

And to blow up a mountain and put the faces of four white men who were colonizers, who committed genocide against indigenous people, the fact that we don't, as America, think of that as an absolute outrage is ridiculous.

Will CNN be apologizing for 'getting it so wrong' in 2008 and 2016 when they offered nothing but praise for the Democrat candidates visiting Mount Rushmore?