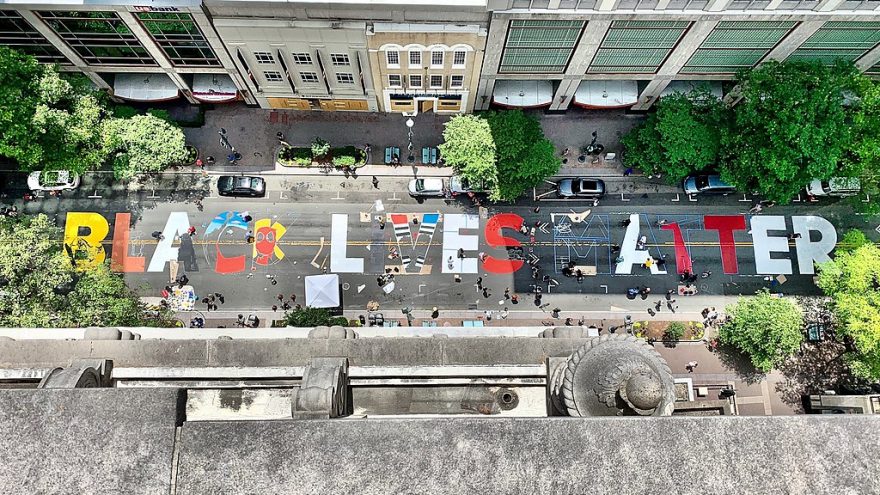 
On Tuesday, California officials charged a couple with a hate crime for painting over a Black Lives Matter mural that was painted on a public street.

“On July 1, a local Martinez resident applied for a permit to paint a Black Lives Matter temporary mural in downtown Martinez in front of the Wakefield Taylor Courthouse,” the Contra Costa County District Attorney’s office said in a statement. “The permit was approved by the City of Martinez and the painting was done on July 4.”

The Contra County District Attorney’s office charged Nichole Anderson, 42, and David Nelson, 53, with multiple charges and a hate crime for the incident.

We must address the root and byproduct of systemic racism in our country. The Black Lives Matter movement is an important civil rights cause that deserves all of our attention. The mural completed last weekend was a peaceful and powerful way to communicate the importance of Black lives in Contra Costa County and the country. We must continue to elevate discussions and actually listen to one another in an effort to heal our community and country.

We've gotten to the point where painting over a 'street mural', whatever that means, is a hate crime but hunting down and assaulting elderly white folks because of their race is not considered a hate crime.

The video has gone viral and, as you can expect, is drawing quite a level of controversy.

Martinez, California couple Nichole Anderson and David Nelson have been charged with a hate crime for defacing this Black Lives Matter mural. pic.twitter.com/8ylxx5qfNc