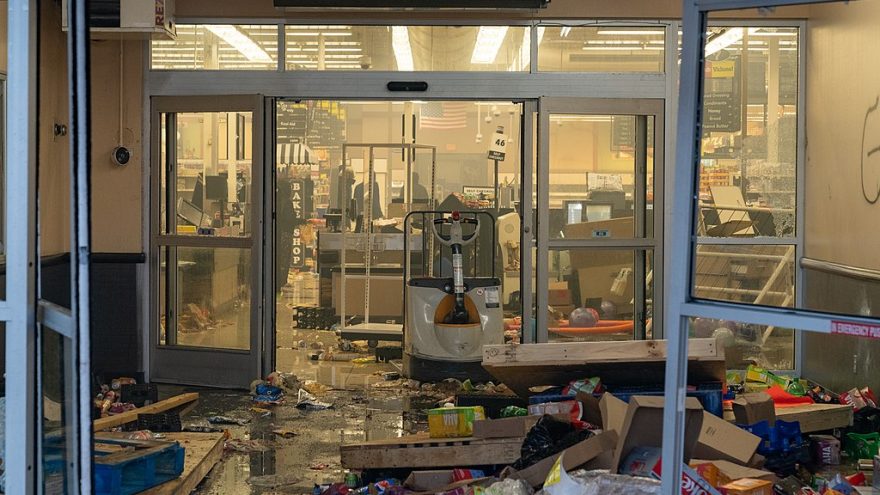 
Senator Ted Cruz (R-TX) tweeted that he is introduction legislation that would hold local government liable to private property owners if they were infringed upon and officials deliberately withheld police protection.

This comes after President Trump denied Minnesota Governor’s request for $500 million dollars in property damages from the looting and riots in Minneapolis after the death of George Floyd.

Tim Walz, Democrat Governor of Minnesota, was caught off guard and tried to pin the blame back on the Trump administration.

Walz’s office released a statement reading, “The Governor is disappointed that the federal government declined his request for financial support. As we navigate one of the most difficult periods in our state’s history, we look for support from our federal government to help us through,” as The Daily Wire reported.

The Minneapolis City Council voted to defund the police and said calling the police 'comes from a place of privilege'.

Well, apparently, so does getting federal grants for your mess.

“Wise. You want to defund police and let the woke mob run wild, do it on your own dime, Gov. You should have asked the President for help BEFORE you incurred this much damage.”

After all, President Trump did say, many times, that the federal government is willing and ready to help.

Instead Walz and Minneapolis Mayor, Jacob Frey, decided to have the police stand down and even abandon a police precinct.