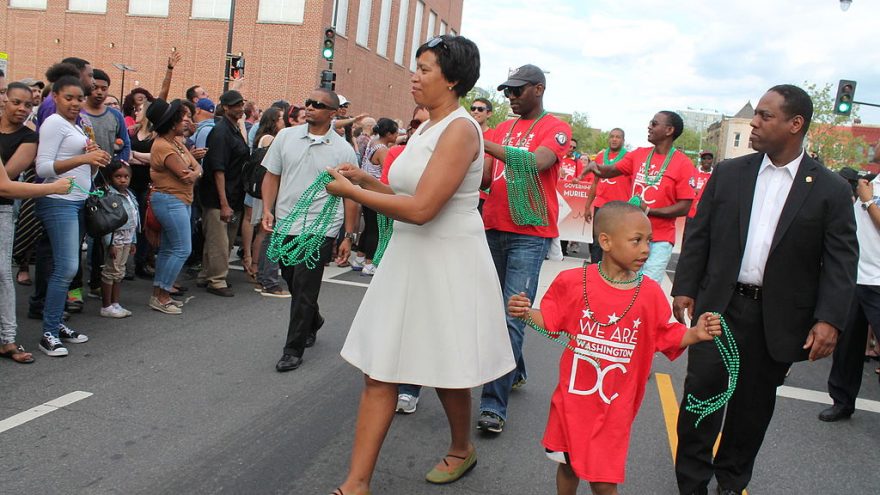 In what seems like another power move, Washington, D.C. Mayor Muriel Bowser issued a mask order for residents of D.C. but exempted many city and federal government workers.

“Persons leaving their residences shall wear a mask when they are likely to come into contact with another person, such as being within six feet of another person for more than a fleeting time,” the order declares.

But it’s not for everyone.

The mandate also requires people to wear masks indoors in most situations, as well as outside, and you can be fined up to $1,000 for a violation.

This order was issued on Wednesday.

Coincidentally, Boswer also launched an investigation into the DC Trump Hotel on Wednesday after President Trump was seen talking to supporters on his way out of an event at the hotel , without a mask.

Here is Trump last night not wearing a mask at his DC hotel fundraiser just hours after posting that wearing a mask is "patriotic." Also not wearing masks at the event in violation of a DC mask mandate: Madison Cawthorn, Lindsey Graham and Mark Meadows. pic.twitter.com/0UmP5VcevZ

Apparently, her exception for city and federal workers only applies to those within a certain party. Last I checked, being President wasn't a 9-5 job.

Bowser had attended a Black Lives Matter rally in June and was seen giving a speech without a mask, while surrounded with people wearing a mask.

It's strange how masks are needed for regular folks but aren't necessary for certain elites in the federal government. Apparently the virus is very picky. We hope to get some data on this at some point.