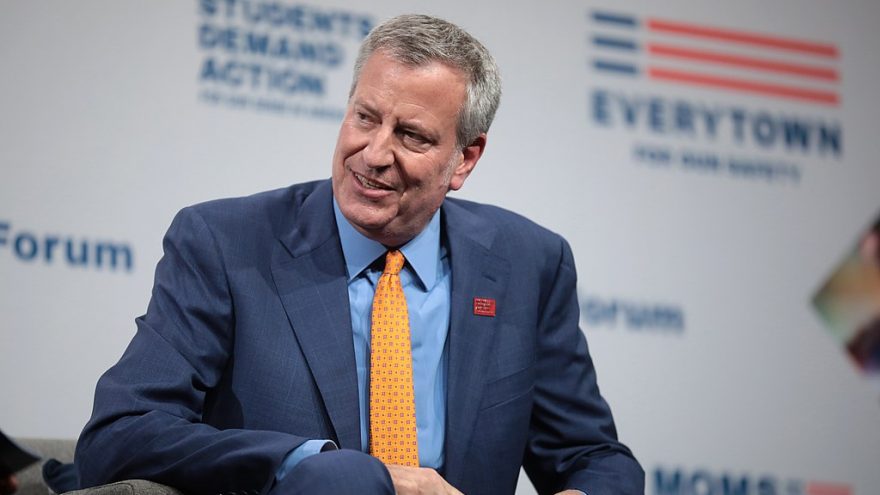 NYC Mayor Bill DeBlasio is publicly blaming the police unions for the hatred and violence taking place in New York City. He’s not blaming the release of prisoners, unequal enforcement of laws and rights (by his order), or the allowance and encouragement of riots. He’s not blaming the people who are violently attacking random people on the street or even police officers.

He blames the police that he’s handicapped, consistently, from the beginning of the riots. Amidst videos of police getting brutally attacked, he’s consistently attacked the police.

“The Sergeants Benevolent Association has only practiced division. They foment hatred. … They do not try to help us move forward,” de Blasio said during a press conference Thursday.“They don’t try to create anything good. I have no respect for the leadership of the SBA.”

Meanwhile, shootings have soared in New York City. July 4th was an especially bloody one in NYC. But DeBlasio says New York City is “safer and better with fewer people in our jails”.

DE BLASIO: “We now have fewer people in our jails than any time since WW2 and we are safer for it and better for it” pic.twitter.com/isOM3P8yZ4

This is akin to MSNBC’s reporter, Ali Velshi, standing in front of burning buildings and telling the camera that “these are largely peaceful protests”.

66 thoughts on “DeBlasio Blames Police for “Fomenting Hatred” in NYC”