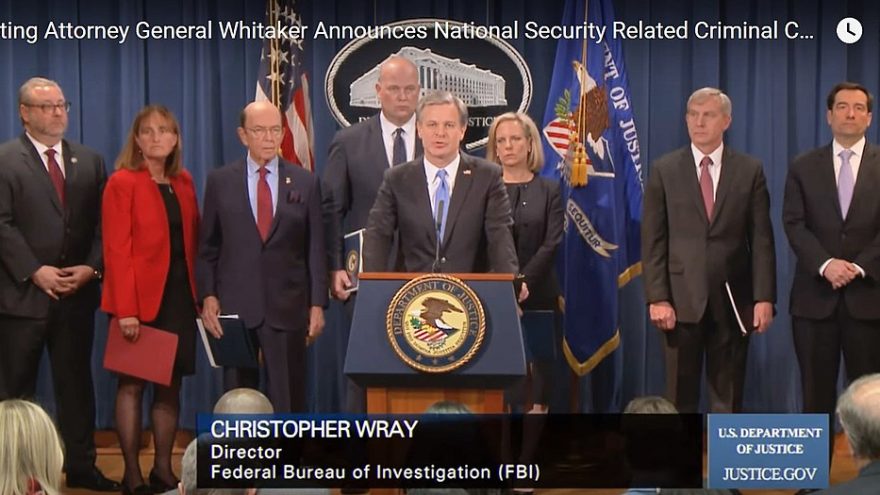 Is it time for FBI Director, Christopher Wray, to be canned?

Many already think so but a new declassified document isn’t going to help anyone defend him.

The document, just declassified by new Director of National Intelligence John Ratcliffe, shows that FBI Agents used President Trump’s first intel briefing as a means to spy on him and gather information to help their Russia probe, instead of giving him a defensive briefing.

The briefing was written by FBI Special Agent Joe Pientka.

The summary indicates that the agent coordinating the briefing, Joe Pientka — also one of the agents who later interviewed Flynn days after Trump’s inauguration in 2017 — paid special attention to any mentions that Trump or Flynn made of Russia.

Pientka has been protected by Director Wray from all congressional demands for testimony and appearance.

Gregg Jarrett, who has written a book on the Russian Collusion setup, says it's time for Wray to go after the new documents tend to prove Trump's innocence but the FBI concealed them for the better part of 4 years.

Gregg Jarrett: At the heart of it, Joe Pientka. You’re right. I write about it in my book. But interestingly the government has scrubbed him from all reports including the FBI report, the Department of Justice report, even the FISA Court report. And the FBI has removed him from their website and sequestored him to San Francisco’s field office refusing to make him available, not withstanding any repeated demands to Congress. That’s the coverup by the existing FBI director Christopher Wray. And the other part of this equation is that the documents today – they’re exculpatory. They tend to prove Trump’s innocence and yet the FBI and Christopher Wray have concealed these documents along with the intel community for the better part of four years. It’s unconscionable. It’s corrupt.