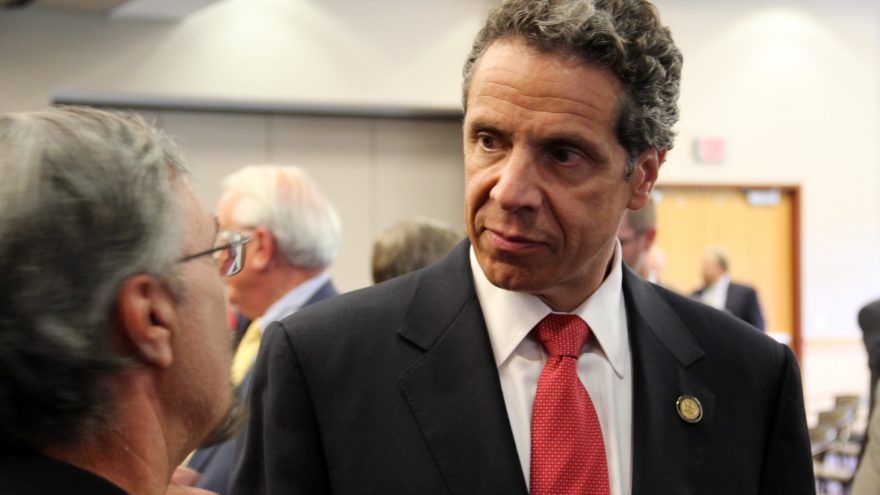 Somehow, though, all you’ve likely been hearing about is this spike in cases in states like Florida and Texas (red states). The media has tried to brand this as a “Trump failure” to manage the ‘pandemic’.

However, people aren’t afraid of getting sick for a few days and then getting better. People are afraid of death and dying. So, naturally, you should look at the death rate and the threat this virus provides in terms of killing people.

When we started the “15 days to slow the spread”, it was intended to keep hospitals from becoming overwhelmed so much that they wouldn’t have enough space, supplies, and staff to treat the infected.

That was March 16th.

We are now a third of the way through July and the narrative has drastically changed. Flatten the curve has turned into stop the virus at all costs.

The leftist mainstream media would have you believe that red states have some kind of unique responsibility for the virus outbreak and are the true danger spots.

But the numbers don't add up.

As of July 1st here are the numbers.

The numbers are clear. New Jersey and New York were the leaders in failure by an extremely large margin.

"11 of the 12 states with the highest COVID-19 fatality rates are from traditionally blue states." Louisiana being the only exception. 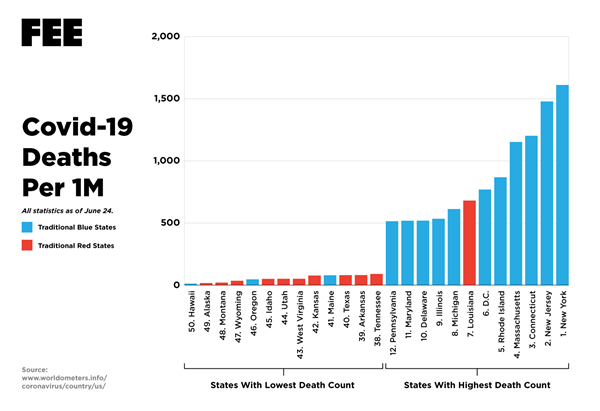 Yet some in the media and on the left are calling for states to model their containment and management measures after the "successes of New York".

It's abundantly clear that Democrat-run states and districts are not the model we should replicate. So, why are we letting Democrat governors, mayors, and bureaucrats tell us what to do, where to go, and who we can interact with?

If a low death rate is not to be celebrated, then what is?

Are we to live this way until the virus is completely eradicated (which many say will never happen, just like the common cold or flu)?

As a last note, lockdown measures don't seem to have the data to back up their successes, either.

After all, blue states tended to have the most stringent lockdowns. Indeed, eight red states—Arkansas, Iowa, Nebraska, North Dakota, South Dakota, Oklahoma, Utah and Wyoming—declined to issue stay-at-home orders at all (though some took less severe measures).

None of these states were among the states hardest hit by COVID-19.

Yet many of us find ourselves under the threat of more lockdown measures.

Why? Is this about a virus or an election?

8 thoughts on “The Left’s Coronavirus Narrative Gets Blown Up”