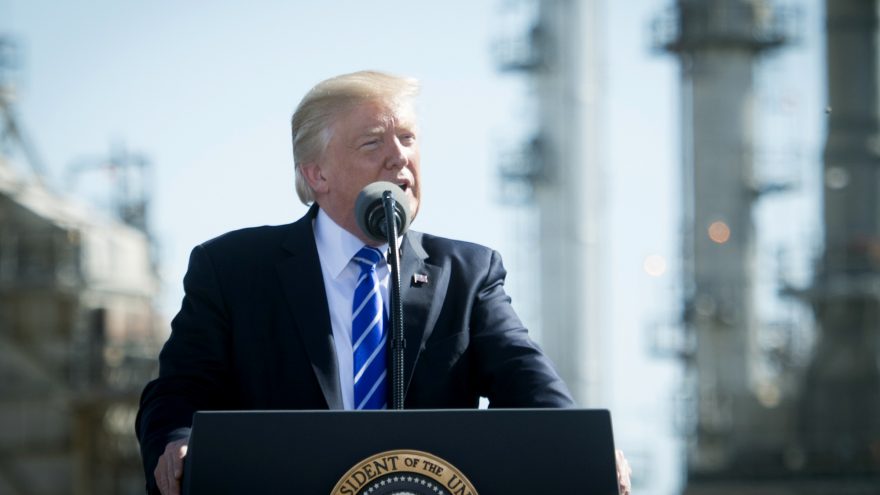 Missouri Governor Mike Parson  said that he spoke with President Trump about the, seemingly political, case against the St. Louis couple, known as the McCloskeys.

Mark and Patricia McCloskey made nationwide news after they were filmed standing outside of their home with guns as protesters came through the neighborhood. The protesters allegedly broke down a gate to the community on June 28.

“He understands the situation in St. Louis and how out of control it is for a prosecutor to let violent criminals off and not do their job and try to attack law-abiding citizens,” Parson said at a press conference… The conversation I had with the President, said that he would do everything he could within his powers to help with this situation,” Parson added.

After the video went viral, police served a search warrant at their home and confiscated the rifle that Mark was holding and the handgun that Patricia was holding was turned into police by their attorney.

The St. Louis Circuit Attorney Kim Gardner has all but refused to prosecute rioters for their destruction and violence but has, apparently, made the decision to go after this couple.

“Kim Gardner has an abysmal record in prosecuting violent crime, has recently released and been complicit in the release of dozens and dozens of inmates who have been charged with violent crimes, and has a record of making politically motivated decisions not based on the law. So, this is certainly something to watch.”

88 thoughts on “Trump May Intervene in Case Against St. Louis Couple Protecting Home With Guns”