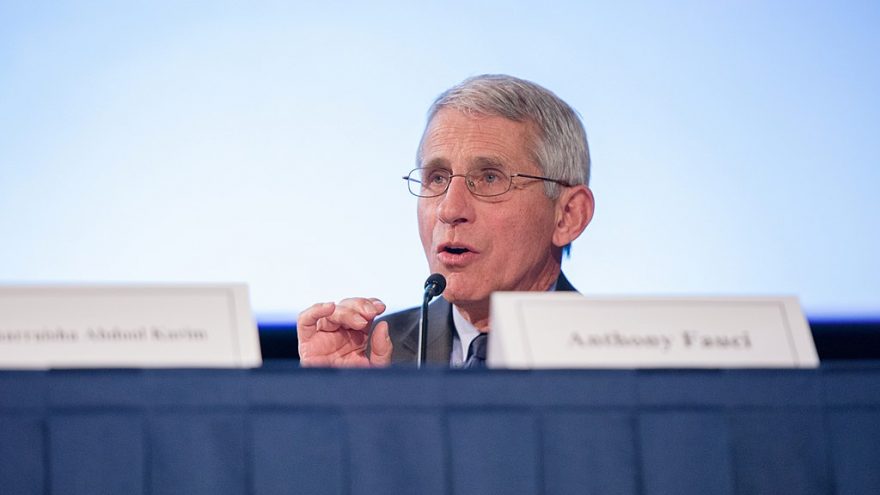 Perhaps it’s not a big deal, but perhaps it is, at best, a conflict of interest.

Eight members of the National Institute of Health’s COVID-19 Treatment Guidelines Panel have financial ties to Gilead Sciences, the main company behind the production and testing of the drug, Remdesivir.

Remdesivir is the COVID-19 drug that has been touted by the director of the NIAID (National Institute of Allergy and Infectious Diseases), Anthony Fauci, as the top prospect for treating the virus.

The U.S. has reportedly bought almost all of the supply of Remdesivir from Gilead Sciences and Gilead has applied for FDA approval of the drug.

Dr. Fauci said the drug has set the new standard of care for the virus.

"And all of the other trials that are taking place now have a new standard of care," said Fauci.

However, Dr. William O'Neill, a cardiologist and Medical Director at the Henry Ford Health Systems (that touted the benefits of a large study of another drug, hydroxychloroquine) said he's not impressed with what he's seen from Remdesivir to date.

"There is a lot of hype for the drug," said O'Neil, adding that he sees "no big benefit" to remdesivir after reading medical journal reports on it.

Just The News also notes, from the  Financial Disclosure for Companies Related to COVID-19 Treatment or Diagnostics document, that 2 other experts on the panel have ties to Merck, who is conducting clinical trials for a vaccine for COVID-19.

Does this mean it's crooked or corrupt?

But, it's not a good look given the fact that Remdesivir is said to cost around $3,120 for a course of treatment that has an estimated cost to produce of $9.32.

There are research and development costs as well as a cost to produce at an expedited rate, but Gilead also received about $70 million in taxpayer dollars as well as assistance from the NIH to run clinical trials. And according to this Politico article, Gilead spent $2.45 million lobbying the Senate in Q1 of 2020. That's more than ever before.

Some of the other drugs that have been touted by doctors around the world have a cost as low as $100 for a course of treatment due to the fact that the patent has long since expired and can be produced by virtually any company. Now, perhaps they really don't work that well but I, and a lot of other people, don't feel we've been allowed to have an open and honest conversation about that. In fact, you can be banned from social media for discussing certain drugs as a possible treatment for COVID-19.

After all, if the chosen drug is not affordable it can't be very effective. And, let's face it, the level of trust in the CDC, WHO, & NIH is anywhere but at an all-time high.

Perhaps the financial ties of panel members to the pharmaceutical manufacturers really isn't a big deal, but it certainly gives the appearance of a conflict of interest.