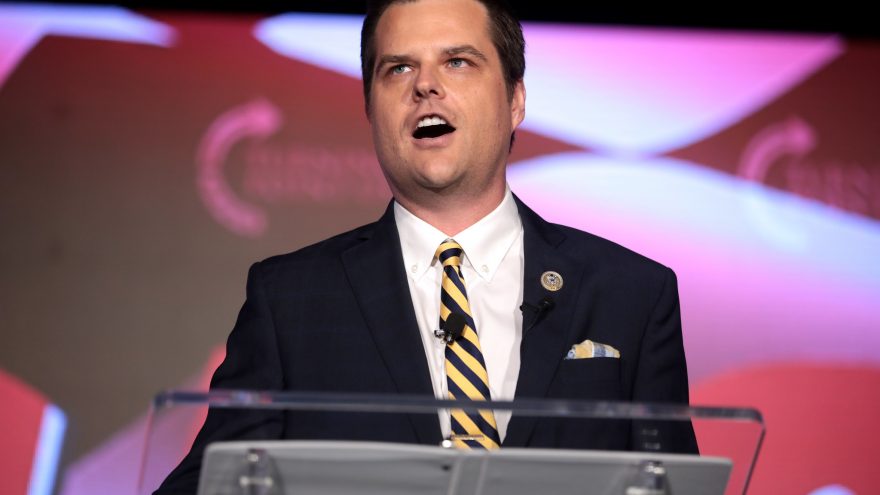 
Rep. Matt Gaetz was on Hannity’s show Wednesday night and he ruffled some feathers by dropping a truth bomb about congress’s inactivity on Big Tech.

He say’s not to expect much action against the tech giants because those same tech giants have already “bought off” Congress.

Gaetz said the Department of Justice will have to be more active in holding Big Tech giants accountable because congress won't eat their own.

He also said "Google... is the most dangerous election interference in the world".

“Here’s the message to the president: Congress will not do anything on big tech because Congress is bought off by big tech,” he said. “But we’ve proved today that many of American’s largest technology platforms are not acting in the best interest of our country. They’ve pulled out of deals as Google has with our own military to keep our service members safe. But then Google has no problem going and partnering with the Chinese military of all folks. Even General Dunford, the chairman of the joint chief of staff, said that Google is directly benefiting the Chinese military. But it’s not that they are just working with China, they are trying to turn our country into China. Google, in particular, is the most dangerous election interference organization in the world.”

“Twitter shadow-banned four members of Congress during the Russian hoax — Jim Jordan, Mark Meadows, Devin Nunes and Matt Gaetz. That wasn’t a coincidence, Sean,” he said. And you know what? The Department of Justice should go and investigate these major tech platforms and prove that they are not biased. We’ve got enough smoke. There’s definitely fire. And I think the Department of Justice needs to be a lot more active in this civil litigation.”

4 thoughts on “Gaetz: Congress Won’t Act on Big Tech Because They’re Bought Off by Big Tech”