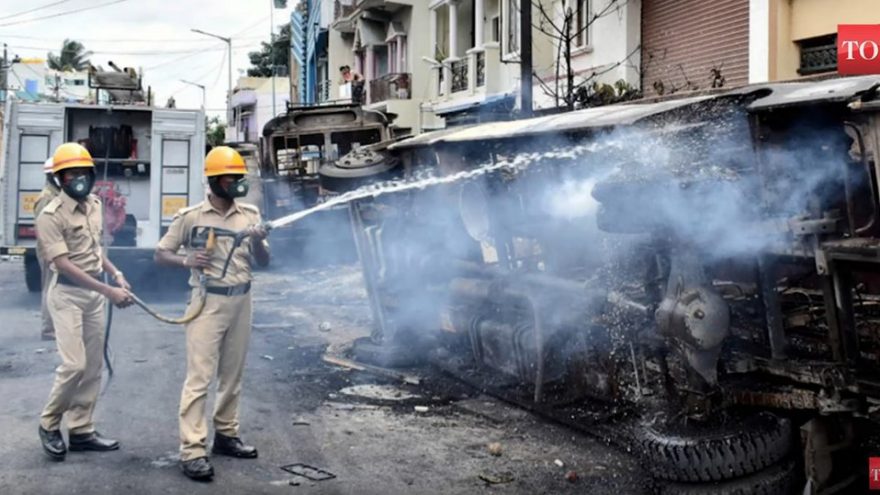 
Jacob Blake was the man shot by police in Kenosha, Wisconsin. The 29 year old had a warrant out for his arrest and was refusing to comply with police orders after allegedly being tased. He then walked around his car, while police had guns drawn on him, and opened the door and reached into his car.

Extremely violent BLM riots broke out almost immediately and have done an arrogant amount of destruction.

But was Jacob a victim?

And this wasn’t his first rodeo. Based on his past charges it’s certainly understandable why an officer would not want Blake reaching into his car after resisting arrest.

Jacob Blake, 24, of Racine, was charged Monday in Racine County Circuit Court with one felony count of resisting arrest causing a soft tissue injury to a police officer and one misdemeanor count each of carrying a concealed weapon, carrying a firearm while intoxicated, endangering safety-use of a dangerous weapon, and disorderly conduct. If convicted, he will face up to 8-1/2 years in prison and/or up to $50,000 in fines.

According to the criminal complaint, Blake and two women were at the Brass Monkey tavern, 1436 Junction Avenue, Saturday when Blake got into an argument with another patron and pulled a black handgun. Blake pointed the gun at the other man, and the magazine fell to the floor. The bartender told Blake to leave, and he did but then pointed the gun through the window at patrons inside the bar before walking south on Junction Avenue.

You be the judge, I guess. Can we even do that anymore or do we need to listen to the media tell us who is innocent and who is guilty?