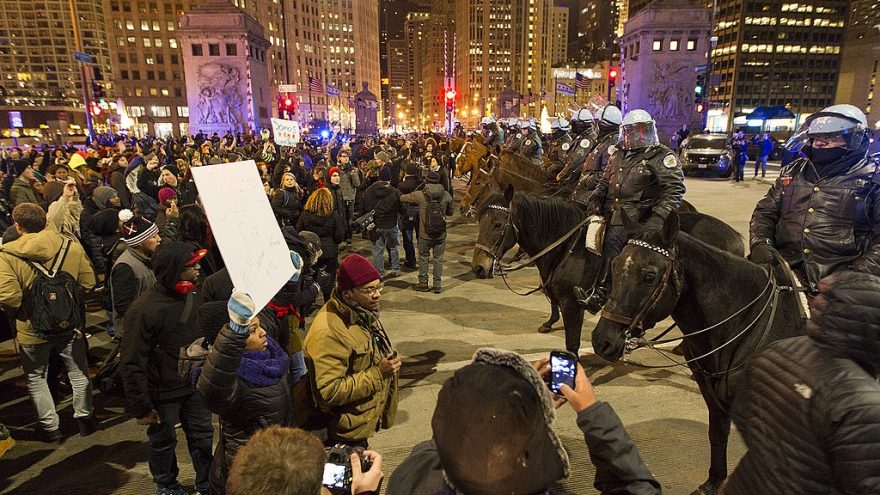 Police say an armed suspect fired on them around 2:30pm in Chicago’s Englewood neighborhood.

After reports of an altercation in the area, police were called and found themselves in a chase with the suspect who, police say, turned and opened fire on them. Police returned fire and injured the suspect.

That was, apparently, enough to get the neighborhood and then city, fired up, and riots started.

There are literally hundreds of looters in Chicago right now, hitting all the stores. pic.twitter.com/rXpdhZFEOZ

A tweet by @Crawnchee appears to show the moment gunshots erupted outside of the stores being looted on Sunday night, in Chicago.

Right now: Multiple shots fired in Chicago outside of a shoe store being looted. #ChicagoProtests pic.twitter.com/itePkvLjag

Elijah Schaffer also posted a video that shows just how disgusting the riots have turned in the city.

If the account of the police involved shooting is correct, all of this is happening because police shot at a man who shot at them.

Why all of the violence in Democrat-run cities? What is it about those cities that allows for and attracts this sort of activity?

This is looking like it could be a preview of what's to come if Democrats take over in November.