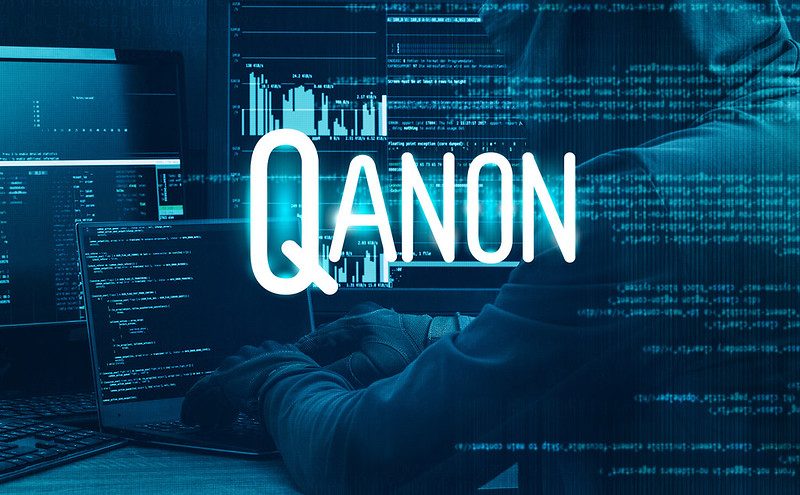 The media has picked up steam in its reporting of the message board found in different parts of the internet and on social media posts, across the world. They say it’s a ‘fringe group’ that promotes dangerous conspiracy theories.

They may be right.

For example, the Q boards started posting pictures of high profile politicians with Jeffrey Epstein years before the mainstream media even acknowledged it or spent any time covering it (and many of them still haven’t).

The Q boards also promoted the ‘conspiracy theory’ that President Trump was being spied on by the intelligence communities, years ago, while there wasn’t a soul in the mainstream media willing to dive into that issue at the time.

I, myself, have not read the entire board and this article is not to support or defend QAnon. There could certainly be parts of it that promote dangerous theories. I just haven’t seen them so I can’t say for sure.

My question about this resolution has more to do with the timing.

“QAnon is arguably no longer simply a fringe conspiracy theory but an ideology that has demonstrated its capacity to radicalize to violence individuals at an alarming speed,” Riggleman and Malinowski say in their resolution, quoting a report from the Combating Terrorism Center at the West Point Military Academy.

Perhaps this is true but, again, I’m not seeing that across the country.

What I am seeing is a few very violent groups of people causing massive destruction and violence across the country.

The groups that are causing this destruction and violence are not Q supporters. They are wearing Antifa and Black Lives Matter gear, holding those signs, and chanting those slogans.

Yet we do not have a bipartisan resolution condemning those groups. Democrats won’t even say they condemn them, let alone draft a resolution.

This violence we are seeing across the country is a real issue. This violence and destruction is actually happening before our eyes, yet Congress is spending their time drafting a resolution to condemn a message board that promotes conspiracy theories?

So, what is more dangerous and worthy of congressional time? Fighting a message board that implicates elite politicians and world leaders in disgusting acts, like pedophilia, or the real-life violence and destruction that has spread like wildfire across the country over the last few months?
Congratulations to congress for doing something but for your next trick try doing something of value.
When you sign up to comment you'll also receive our regular newsletter. You can find more about how we use your information here.