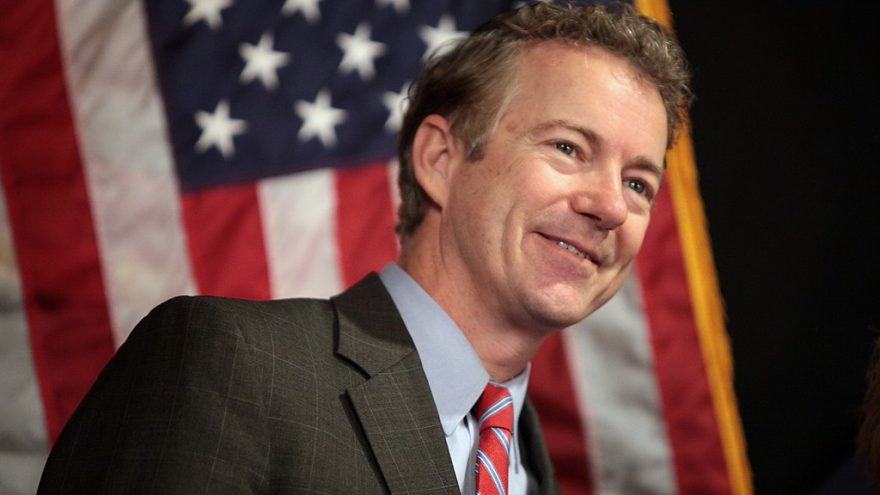 On the final night of the Republican National Convention that called for unity, peace, and a prosperous future, Rand Paul and his wife were mobbed outside the White House while on their way back to their hotel.

“They’re attempting to push the police over to get to me, so at one point they push a policeman backwards, he stumbles and he’s trying to catch his balance and I catch the back of his flak jacket to stabilize him to make sure he’s OK because he’s our defense,” Paul explained. “If he’s down, the mob’s loose on us.”

All he and his wife were trying to do was get back to their hotel, which was across the street from the White House. Paul says that if it weren’t for the DC Police he really believes they might have been killed.

Just got attacked by an angry mob of over 100, one block away from the White House. Thank you to @DCPoliceDept for literally saving our lives from a crazed mob.

The mob exposed their own ignorance and idiocy as they chanted “Say her name”, referring to Breonna Taylor who was killed during a ‘No-Knock Raid’. What these terrorists didn’t realize is that there has been nobody who has faught more against those raids than Senator Paul.

“They were shouting threats to us, to kill us, to hurt us, but also threats saying shout, shouting ‘say her name,’ Breonna Taylor, and it’s like you couldn’t reason with this mob, but I’m actually the author of the Breonna Taylor law to end no-knock raids, so the irony is lost on these idiots that they’re trying to kill the person who’s actually trying to get rid of no-knock raids,”

Paul is calling for the FBI to actually do their job and start arresting these people. He believes they will find that some of these agitators are paid to be there and the money trail will lead back to those funding this attempted overthrow of democracy.

He also called out the Democrat Presidential ticket, who has not only refused to condemn the violent rioters, but actually supports them. Kamala Harris literally said “they will not stop and they should not stop.”

Kamala Harris says that the riots are not going to stop, ever, and to BEWARE. With a smile on her face. pic.twitter.com/xkwAUOMJcL

The people have a chance to save America in November or throw it all away and let this crazed mob mentality run the streets until America is bankrupt and dissolved.