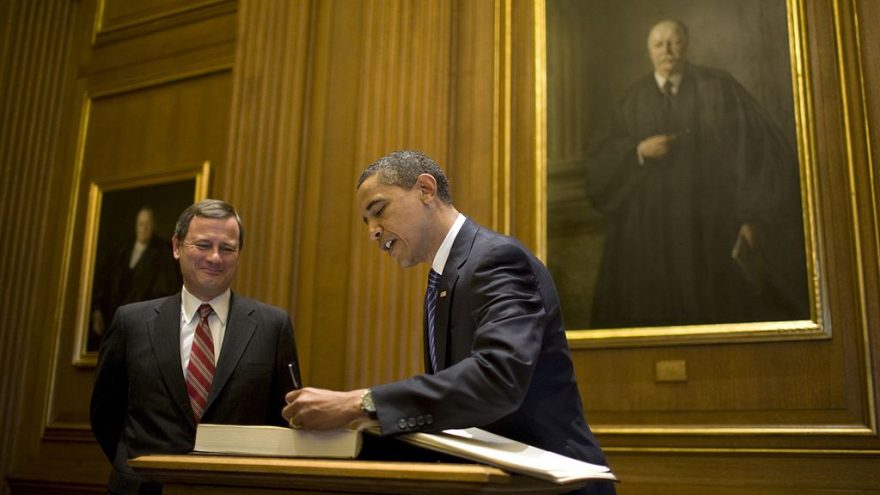 In an interview with John Catsimatidis, former Clinton Adviser Dick Morris said that he thinks the entire election will be in the hands of Supreme Court Chief Justice John Roberts.

“The blue state governors are mailing out tens of millions of ballots, and they’re going to be returned with a vote on them, probably for Biden,” Morris told host John Catsimatidis. “And those people will not go to the polls to vote on Election Day. So what you’re probably looking at is that you’re going to have on election night a report that Trump carried … all of the potential swing states. And they’ll say that Trump has 330-350 electoral votes and won a landslide. And then, day after day, week after week, you’re going to find another million ballots counted here, another half-million there, another quarter of a million in another place. And gradually, these Democratic liberal secretaries of state who are in charge of the election in most of these blue states will say, ‘Oh, well, we’re sorry. It turns out Biden carried Wisconsin, not Trump.’”

If you’re a conservative, this isn’t good news.

Chief Justice Roberts has been anything but a reliable conservative vote during the Trump presidency and he's made his bias known.

Morris said the Trump folks will sue but those suits will be handled at the state level, which is largely run by Democrats, and he expects the states will uphold the late tally of votes.

Democrats and big tech are already setting the stage by preparing people for a long, drawn out election process.

Zuckerberg: "what we and the other media need to start doing is preparing the american people that there is nothing illegitimate about this election taking additional days or weeks to make sure all the votes are counted." pic.twitter.com/lGdnWMUzgm

When asked about whether this could lead us into a civil war, Morris didn't take the question lightly.

“Well, there certainly will be major conflict. I hope there won’t be civil war and it’s serious enough that I don’t take your question metaphorically.”