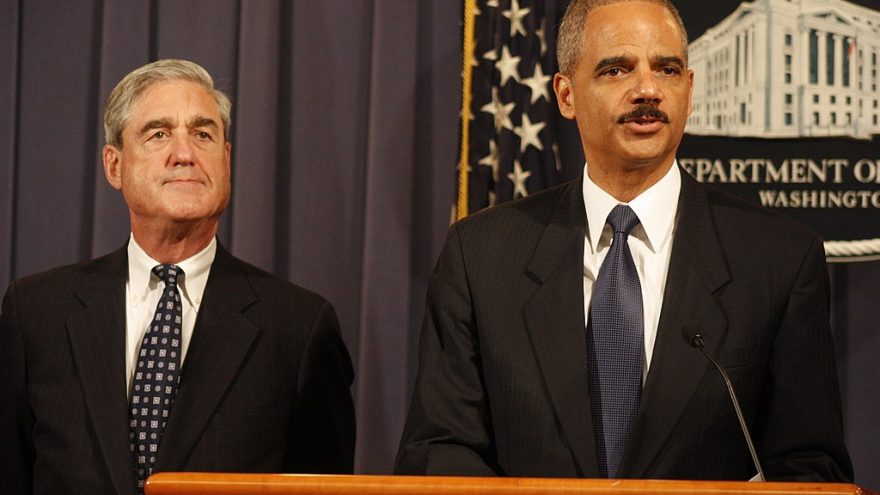 
Robert Mueller testified before the House Judiciary Committee in July 2019 and it was highly unimpressive. His mental acuity was slightly above that of the current Democrat Presidential candidate, Joe Biden.

Perhaps that will be his defense.

Mueller said, under oath, that he never interviewed with President Trump for the FBI Director job – just a day before he was appointed the head up the Special Counsel investigating President Trump.

But that doesn’t seem to be the case.

Judicial Watch obtained an email, through a FOIA request, by Rod Rosenstein saying that Mueller "withdrew from consideration for FBI Director".

The date that it was announced Mueller would head up a special counsel investigation of the President was also May 17, 2017.

Here is that part of the Mueller testimony.

STEUBE: Thank you, Mr. Chair. Mr. Mueller, over here. Mr. Mueller did you indeed interview for the FBI director job one day before you were appointed as Special Counsel?

MUELLER: My understanding I was not applying for that job, I was asked to give my input on what it would take to do the job, which triggered the interview you’re talking about.

STEUBE: So you don’t recall on May 16th, 2017 that you interviewed with the president regarding the FBI director job?

MUELLER: I interviewed with the president and it was about...

STEUBE: Regarding the FBI director job?

MUELLER: ...it was about the job and not about me applying for the job.

STEUBE: So your statement here today is that you didn’t interview to apply for the FBI director job?

President Trump had mentioned that there were multiple witnesses and that he sure hopes Mueller wouldn't say that under oath.

Was there any part of the Mueller investigation that was done by the book?

Why are these people still walking around as free men and women?