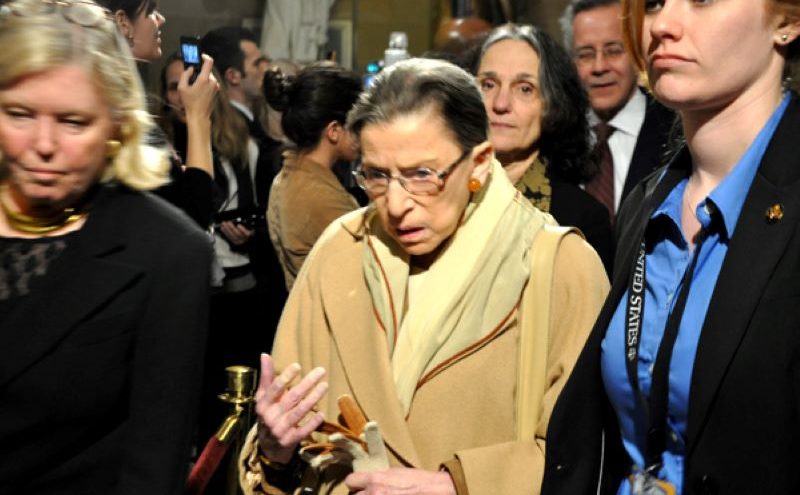 
Longtime feminist icon and U.S. Supreme Court Justice Ruth Bader Ginsburg died at her home on Friday night due to complications with metastatic cancer. It wasn’t her first battle with cancer.

“Our nation has lost a justice of historic stature,” Chief Justice John Roberts said. “We at the Supreme Court have lost a cherished colleague. Today we mourn but with confidence that future generations will remember Ruth Bader Ginsburg as we knew her, a tireless and resolute champion of justice.”

Ginsburg’s death leaves a vacancy on the bench that will inevitably bring a fiery debate on who should replace the liberal leader.

With the vacancy that is now on the bench, Chief Justice Roberts no longer will be holding the controlling vote in close cases. This is relief to many conservatives as Roberts seems to have a disdain for President Trump and many think that has seeped into his votes as he has broken from conservatives on the bench multiple times on important cases, during the Trump administration.

Now the question becomes whether President Trump will nominate someone before the election. He absolutely can. He is still the president and presidents nominating a Supreme Court Justice in an election year is anything but abnormal. In fact, it's almost automatic, according to history.

“Twenty-nine times in American history there has been an open Supreme Court vacancy in a presidential election year, or in a lame-duck session before the next presidential inauguration,” Dan McLaughlin noted in a recent article for National Review. “The president made a nomination in all twenty-nine cases.”

Senate Majority Leader Mitch McConnell has released a statement and said that Trump's nominee for RBG's replacement will receive a vote on the floor.