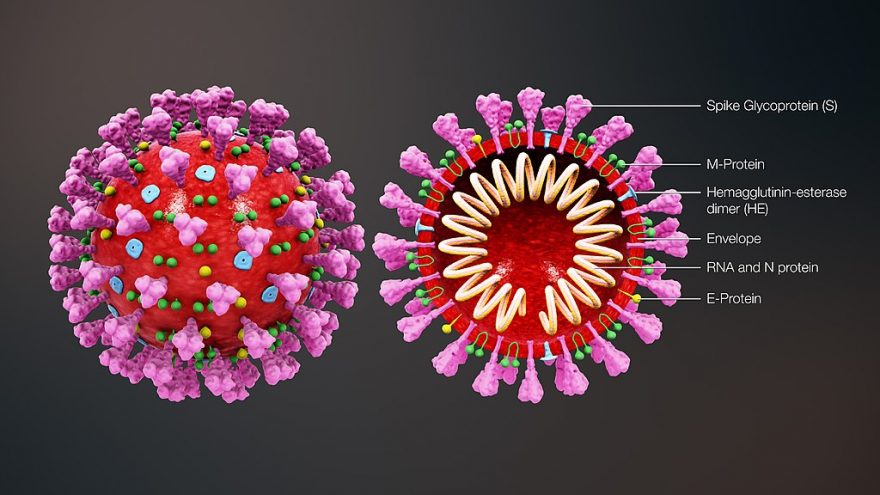 
Twitter and Instagram have blocked a Chinese scientist’s (Dr. Li-Meng Yan) interview in which she explains the evidence that proves that COVID-19 was made in a Chinese laboratory and not a naturally occurring virus.

Dr. Yan has now provided written evidence that the COVID-19 virus was not of natural origin.

In the article, “Unusual Features of the SARS-CoV-2 Genome Suggesting Sophisticated Laboratory Modification Rather Than Natural Evolution and Delineation of Its Probable Synthetic Route,” Dr. Yan and her colleagues have offered a detailed description of how the virus was synthesized in laboratories controlled by China’s military.

She says the theory that this originated in a bat, from a wet market in Wuhan, is unsubstantiated but, for political reasons, the Chinese Communist Party and a politicized media ran with the theory.

Dr. Yan also says that science, itself, has been damaged throughout this pandemic because many scientific journals have censored dissenting opinion and studies.

China has claimed that a bat coronavirus named RaTG13 is the closest relative to the COVID-19 virus, but RaTG13 is not actually a virus because no biological samples exist. It is only a genomic sequence of a virus for which there are now serious questions about its accuracy.

She said the virus originated in a lab run by the China’s People’s Liberation Army, using a couple variations of a bat virus.

That critical segment of the COVID-19 virus is bounded by two “restriction sites” not found in any related bat coronaviruses, which allow researchers to easily splice, that is, cut and paste components of other viruses into the viral backbone.

The presence of those restriction sites is a known marker for genetic manipulation.

Furthermore, she went on Fox News to discuss her experience and what she knows about the origins of the virus and the Chinese silence on its origin.

One friend, a scientist at the Center for Disease Control and Prevention in China, had first-hand knowledge of the cases and purportedly told Yan on Dec. 31 about human-to-human transmission well before China or the WHO admitted such spread was possible.

She reported some of these early findings back to her boss, Yan said.

"He just nodded," she recalled, and told her to keep working.

Then the evidence started piling up, says Dr. Yan. She told some of the doctors and researchers that she had previously been able to talk openly with about it, and she said they suddenly clammed up.

"There are many, many patients who don't get treatment on time and diagnosis on time," Yan said. "Hospital doctors are scared, but they cannot talk. CDC staff are scared."

She said she reported her findings to her supervisor again on Jan. 16 but that's when he allegedly told her "to keep silent, and be careful."

Dr. Yan says she is scared for her life because she knows how China treats whistleblowers.

Twitter and Instagram have apparently sided with China on this issue as well. They're silencing her articles and videos.