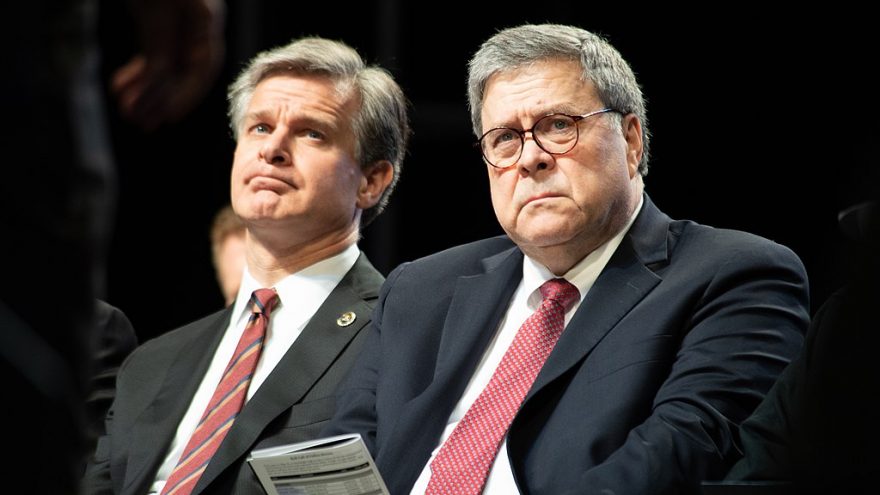 The FBI is refusing to provide information that Congress and Senate have asked for, in relation to investigations that center around criminal activity of the Biden family overseas.

Last week, Ohio Republican Rep. Jim Jordan, who serves as the ranking member on the House Judiciary Committee, demanded the federal law enforcement agency provide answers on what actions it took, if any, upon reports from the Justice Department in 2015 that the owner of the Ukrainian energy firm Burisma paid a $7 million bribe to Ukraine officials to shut down an investigation. Hunter Biden is on Burisma’s board despite no prior experience in the industry.

A Senate investigation conclusion publicly revealed that those reports from the DOJ existed.

According to the report, the FBI has been aware of the allegations for years, but will not provide any answers as to whether they investigated it or not.

They won't say anything about it. As if it doesn't exist.

“Consistent with longstanding Department of Justice and FBI policy and practice, however, the FBI can neither confirm nor deny the existence of any ongoing investigation or persons or entities under investigation,” the FBI wrote, adding that it gave the same response to Johnson and Grassley.

Remember, this was from 2015. I can't imagine it takes 5 years to investigate. And Joe Biden is running to be our next POTUS.

The FBI almost ran as a public relations firm during the Russian investigation. James Comey even confirmed some Trump campaign officials were under investigation and accused of Russian collusion to interfere with the 2016 election, a claim we now know is false and so did the FBI at the time.

Will we get the truth? The President has ordered all Russian investigation and Hillary Email investigation docs declassified. But what if the FBI just says they won't hand em over?