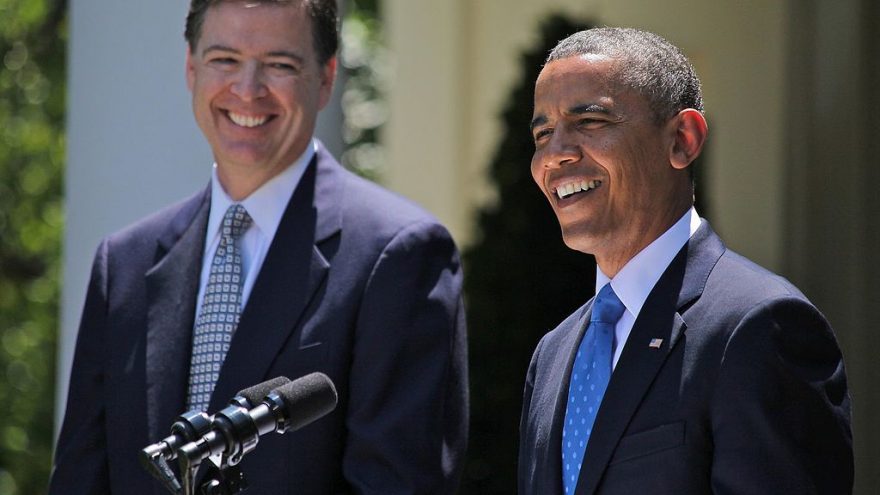 This has long been a slogan of the far-left Marxist Black Lives Matter movement. There is likely only one thing that I can agree with them on.

If there is no justice, there can be no peace.

The reason we are seeing riots across the country is because there has been no justice.

The example was set back when James Comey explained that Hillary Clinton was, in fact, guilty of doing what she was accused of but that nobody would bring charges against her.

That’s not to say they wouldn’t bring charges against someone else in the exact same situation.

He set the tone. Justice no longer was blind. Justice, from then on, meant that it’s okay to break the law as long as you’re on “the right side” of politics.

What the left considers justice, the law considers to be a crime in many instances.

See, it's their kind of justice.

We now know that Hillary Clinton approved the fabrication of the entire Russian collusion hoax. We know that they used the FBI to spy on a political opponent, campaign, and then President. They tried to frame him for treason.

We know they prosecuted Trump associates based on falsifications that they, themselves, knew were false. In fact, they created them.

But so far, there has been no justice. Actual justice, not political justice.

So, here we are as a nation. Divided by a media, Democrats, and so far, a Department of Justice that has allowed for political justice instead of actual justice.

Until there is actual justice, there can be no peace.

One thought on “No Justice. No Peace.”