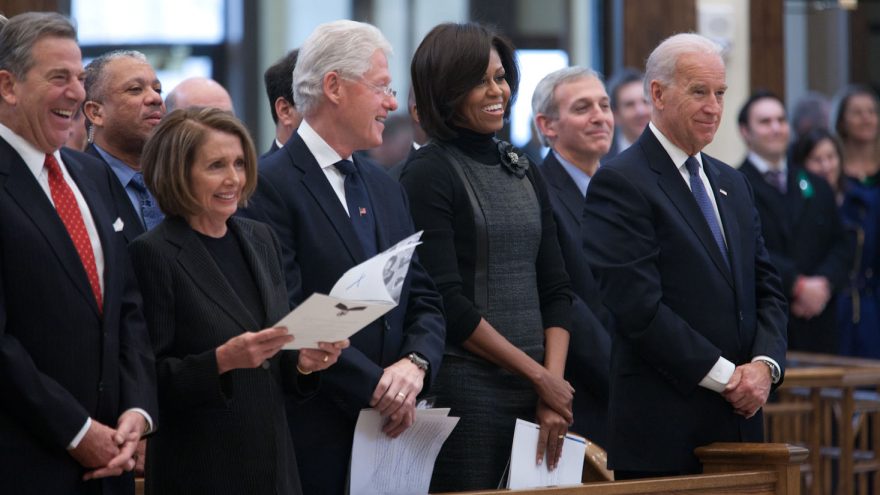 The Trump campaign says they are filing a lawsuit in Wisconsin and Pennsylvania as well, and it looks like for good reason.

The sketchy details of huge turnarounds in favor of Biden, overnight, in swing states raised some eyebrows. They all happened to be in swing states that stopped counting votes and seemingly shut out election observers.

After over 138,000 votes showed up in Michigan numbers overnight, every single one for Biden, FiveThirtyEight noted another 100% Biden vote dump happened in Philly.

Two more batches of Pennsylvania vote were reported:
-23,277 votes in Philadelphia, all for Biden
-about 5,300 votes in Luzerne County, nearly 4,000 of which were for Biden

*With 83% of the expected vote in, Trump’s lead in PA is now just below 6 points. https://t.co/zspxaPkzKs

This, after the Pennsylvania Attorney General posted this notice on Twitter, directing any voter looking for advice to the PA Democrat Party hotline.

Need help with your mail in ballot, finding out where to vote, or something else?

Call the @PADems Voter Assistance Hotline. Someone will answer and help you out. Call 1-833-PA-VOTES pic.twitter.com/Jf9KfLtNRI

This is why they panicked and shut down voting in Philadelphia:

He was doing better.

Then there's David Litt, former Obama Speechwriter, asking for volunteers in Georgia to go around and help people "fix" their mail-in ballots with a link to the GA Democrat Party Ballot Cure Canvassing Training site... on Wednesday, November 4th. Yes, one day after the election.

Anyone in Georgia? Team Joe needs people to go door to door helping voters fix their mail in ballots so they count. Sign up! https://t.co/WD8nhbw6nc

The scene at Detroit’s absentee ballot counting center is growing more heated. The windows now being covered up. Allegations of violations. Sec. of State says she welcomes challenges. pic.twitter.com/oUL4A0h3Ku

And, here is Eric Trump posting a video of people rolling suitcases and coolers into the secure ballot counting area in Detroit at 4 a.m.

There have been many claims of Republican certified election observers not being allowed to observe vote counts.

If this is normal, we have a big problem.

If this is not normal, we have a big problem.

3 thoughts on “This Is Outrageous!”