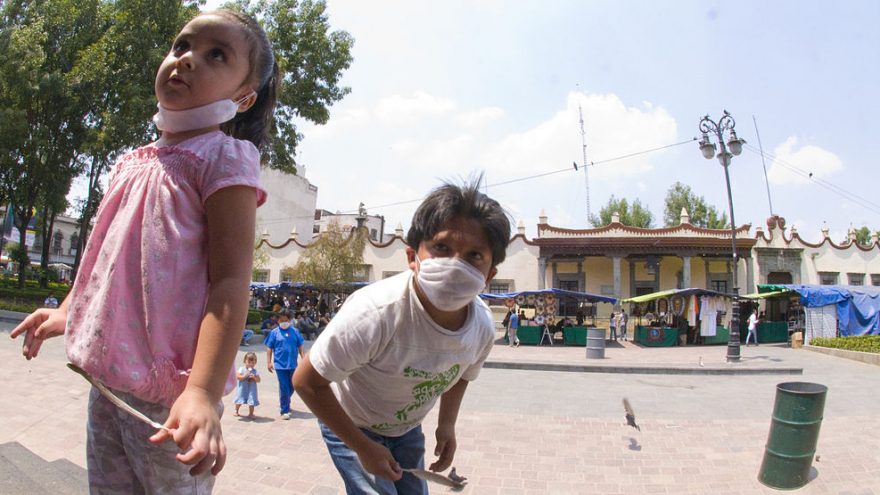 In what world do parents sit idly by as smug, self-important nobody’s gamble with, not just their children’s health, but their very lives? This one, it appears – this world; and that is not hyperbole.

There are countless examples of authorities issuing COVID mask mandates that negatively impact children – prompting many to speculate as to why these mandates have been rolled out.

One such example of the very real threat that masks pose to America’s youth is the appalling scare that high school track & field athlete, Maggie Williams experienced earlier this month.

Blaze Media reports that Williams collapsed just short of the finish line at the end of her 800 meter race. Williams ran the race with a mask on (as was the requirement) and lost consciousness due to complete oxygen debt. Her coach, Dave Turnbull, is very concerned that these incidents will continue to occur, and may result in medical emergencies even more catastrophic than that of Williams.

There is no scientific basis for the masking of youth – much less in outdoor, non-contact sports. This fact leads many to believe that the only explanation for this extremely dangerous measure is an almost religious adherence to a new political cult.

The Oregon Health Authority is responsible for creating the masking rules that led to Williams’ literal down fall; but they are hardly alone in their virtue signaling pursuits.

Which makes one wonder – why are parents allowing their children to be used to this end? What is preventing the majority of parents from banding together and simply saying “Nope.”?

Many assertions could be made as to exactly how society has devolved to a place where peace-keeping and not “rocking the boat” are sentiments that spineless individuals can lazily put forth as some sort of hall pass where their family’s well-being is concerned.

It is now honorable for a parent to sit in the stands with a bag of popcorn and a goofy smile, as their very own child is pushed to their physical limit….while having their airway blocked. It’s now commendable to obediently and fervently cover the face of a two-year old American, as if an extremist religious observance was being practiced that one would only expect to see in parts of the Middle East.

It goes without saying that the individuals imposing these restrictions on children are the same individuals that Tucker Carlson of Fox News was addressing when he made the following statement: “…A vaccinated person with antibodies wearing a mask outside is just like watching grown men expose themselves in public… That’s disgusting, put it away, please. We don’t do that here.”

To that effect, it would do this country some good if more parents stood up and also told athletic, school faculty, and local authorities “NOPE. That’s disgusting, put it away, please. We don’t do that here.”