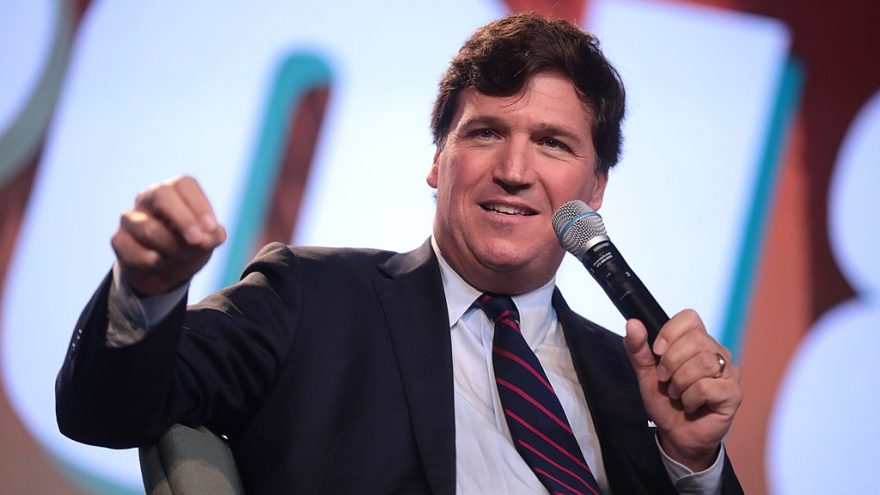 Tune into CNN or MSNBC on a daily basis and you will find someone venting about what Tucker Carlson said the night before. The New York Times, The Washington Post, etc., vent daily about Carlson.

Back in the early days of blogging, bloggers would attack bigger names hoping for attention, link “love” and notoriety. It is much the same with the media, but there is more to it.

In a recent interview with the website Vox, Democratic strategist James Carville said this about Democratic messaging: “They have to make the Republicans own that insurrection every day.

They have to pound it. They have to call bookers on cable news shows. They have to get people to write op-eds. There will be all kinds of investigations and stories dripping out for God knows how long, and the Democrats should spend every day tying all of it to the Republican Party. They can’t sit back and wait for it to happen.”

Much of the American political press agrees with Carville, but former President Donald Trump has gone mostly silent. Instead, the media is attempting to use Carlson as its proxy for Trump and is trying to define Carlson as the new “big bad guy” the media needs for its antagonist and narrative.

Monday night, Carlson opined that people should get in the faces of those wearing masks outdoors because it is against the body of scientific evidence. The media went nuts on Carlson, suggesting conservatives would be calling departments of child services on progressive parents with masked children.

But Carlson's triggering monologue left unsaid the obvious point the press forgot: For the past year, the left and media have been harassing the unmasked, even the unmasked outside at beaches. Armies of MSNBC-watching Karens have videoed themselves harassing unmasked hundreds, intent on shaming them while being praised by the press for doing so.

Carlson did not need to say it. His audience knew it. The media, never possessed of self-awareness, missed the point and gave Carlson maximum exposure.
The problem, at this point, is that in the media's overwhelming lack of self-awareness, they've lost the crowd. The only people influenced by the mainstream media at this point are progressives who already hate Trump and Carlson.

In giving Carlson maximum exposure as a surrogate for Trump, the media forgets that Trump almost won in 2020 and did win in 2016, and that his voters represent slightly less than half the country but a majority in most states not on the coasts.

Vilifying Carlson won't actually work. It just boosts his exposure. It also allows Carlson to steer the conversation as the attention garners him new eyeballs curious to see what the outrage is about. Fox will find advertisers. They may not be Fortune 500 companies, but they'll still show up, and Fox's viewers will support those companies.

Reporters on major news networks stood in front of burning rubble during the summer riots and referred to them as "mostly peaceful protests." The media echo chamber was decidedly on the side of Black Lives Matter and antifa. Somehow, Republicans still came within a few seats of taking back Congress and picked up state legislative seats around the country.

Why? No one is really listening to the anti-Fox screeds from Fox's competitors. The American public has already tuned out, except, based on ratings, to Tucker Carlson.

Continuing down the path Carville wants of tying the GOP to the Jan. 6 insurrection may make Democrats feel good, but it won't actually work, because (1) the GOP will control redistricting in most states; (2) voters generally like their own congressmen; (3) most of the GOP has plausible deniability on the issue; (4) memories are short; and (5) 2022 will be about President Joe Biden and woke ideology getting out of control, which Carville knows isn't going away and is regularly amplified by the media and corporate America, to the seething resentment of the American public.