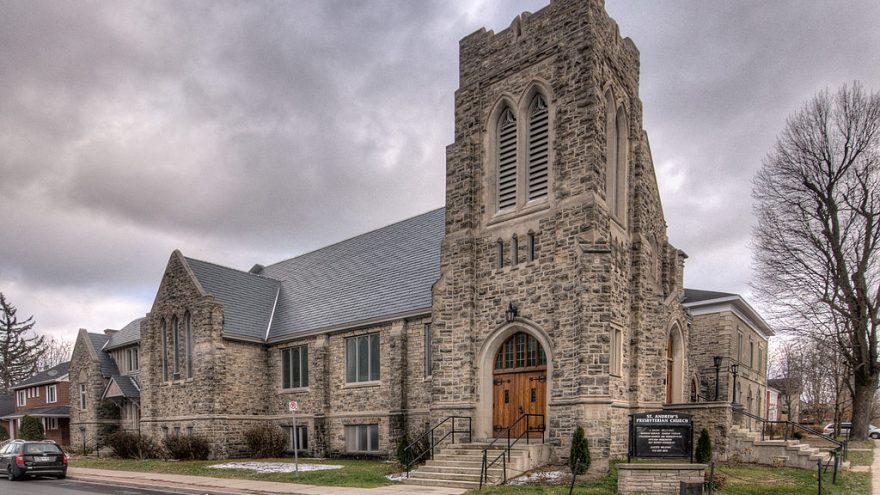 On the heels of yet another arrest of a Canadian pastor, this time Artur Pawlowski, many onlookers are pinching themselves to see if this is reality or just a bad dream.

Blaze Media reports that Artur Pawlowski and his brother, Dawid Pawlowski, were arrested last Sunday for holding their church service as usual – which is now considered to be an “illegal gathering” according to the Queen’s Bench Order.

This is all being done in the name of “public health” of course… as is reflected in the statement that was issued by the city of Calgary:

“Earlier this morning, CPS lawfully enforced this order by proactively serving an organizer of a church service with the court order in an effort to ensure that citizens attending the Saturday service were abiding by the current COVID-19 public health orders. The order was served prior to the church service, and CPS did not enter the church during the service. The service organizer acknowledged the injunction, but chose to ignore requirements for social distancing, mask wearing and reduced capacity limits for attendees, and continued with the event.”

Pawlowski became a household name last month, when videos were circulated of him screaming at Calgary Police, calling them “Nazis” and “Gestapo” when they tried to enter his church service in order to serve him papers.

Pawlowski is from Poland and grew up under the Soviet Communist regime. He explained that this type of tyranny is all too familiar to him, and he is urging people to wake up to what this means for the church universally.

The fact that these instances are becoming more and more commonplace in the West appropriately creates an eerie sense of foreboding in many evangelicals. Blaze contributor, Steve Deace, asks some all too important questions in response:

“Do we understand the times and what to do about them? Are we prepared for what’s to come, and is already here? Well, we’re about to find out”

2 thoughts on “Canada Doubles Down on Arresting Christians”