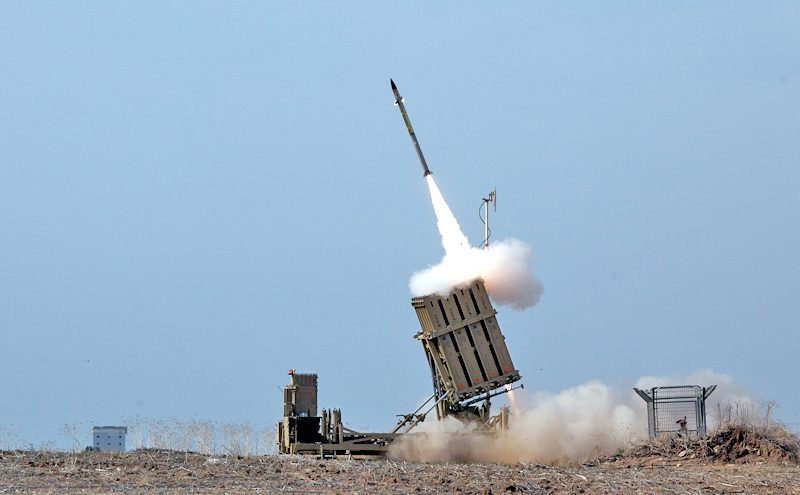 For the past two weeks, rockets have been fired into civilian areas of Israel by the terrorist group Hamas. Hamas’ charter openly calls for the destruction of the state of Israel, which would entail an anti-Semitic genocide; its 1988 charter explicitly and openly calls for such a genocide.

Hamas spends tens of millions of dollars in foreign aid not on helping the citizens of the Gaza Strip but on building terror tunnels and rocket capacity to strike at the Jews. Hamas fires its rockets from civilian areas, seeking to force Israel to kill Palestinian civilians so Hamas can propagandize about supposed Israeli human rights atrocities. Hamas locates its military facilities inside hospitals, journalist headquarters, schools and mosques. Hamas aims its rockets indiscriminately at civilians in Israel, killing Jews, Arabs and foreign workers.

Israel, meanwhile, routinely calls building supervisors in Gaza to warn them to evacuate buildings before bombing them. One such conversation, broadcast by Sky News, went like this:

Israeli military: “Listen, we are going to bomb the building.”

Palestinian building supervisor: “You want to bomb? Bomb whatever you want.”

“No, brother, we need to do everything we can so you don’t die.”

“But you have a responsibility for children’s lives.”

“If the children need to die, then they’ll die.”

"This is how we reveal your cruelty."

The media coverage of the conflict has been predictably morally absurd. The Associated Press, an outfit that has regularly covered up Hamas' atrocities, has condemned Israel for hitting a Hamas building in which the AP had offices.

Trevor Noah suggested that Israel's military superiority means that Israel must absorb hundreds of rockets per day and allow its civilian population to live under the shadow of radical Islamic terrorism. "If you are in a fight where the other person cannot beat you, how hard should you retaliate when they try to hurt you?" he asked. HBO's John Oliver accused Israel of "killing civilians and children."

Members of the Democratic Party's radical, anti-Semitic fashion have been no less morally inverted. Rep. Rashida Tlaib has encouraged President Joe Biden to cut off Israel's defense supplies. Rep. Ilhan Omar has accused Israel of "terrorism." Rep. Alexandria Ocasio-Cortez has called Israel an "apartheid state," despite the fact that Arabs are full citizens of Israel while not a single Jew lives under the predations of Hamas. And this week, nearly 200 Democrats voted not to cut off funding to groups linked with Hamas.

The conflict between Hamas and Israel is not a dispute over borders: Israel withdrew from the Gaza Strip a decade and a half ago. It is not a dispute over religion: Israel allows Muslims full freedom of worship throughout Israel, (SET ITAL) particularly (END ITAL) on the Temple Mount, Judaism's holiest site, where Jewish worship remains essentially forbidden in favor of kowtowing to Islamist diktats.

It is not a dispute over homes in Sheikh Jarrah, a suburb of Jerusalem that has been the subject of a decadeslong property dispute between private parties and in which Arabs who aren't subject to such disputes continue to live.

The conflict between Hamas and Israel is about a stubborn fact: Israel exists, and Hamas wishes it didn't exist. Hamas will target civilians in Israel, use Palestinian children to shield its rockets and lie to the press to achieve its goals. Israel, meanwhile, is seeking to minimize civilian casualties at great risk to its own citizens.

Opposing Israel's actions doesn't make you an anti-Semite. But siding with Hamas in a conflict like this one certainly does.

One thought on “If You Side With Hamas, Your Anti-Semitism Is Showing”