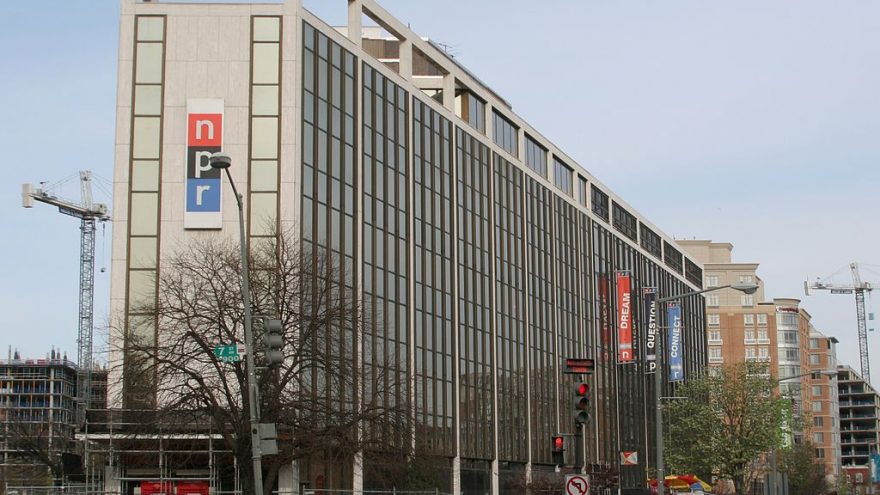 National Public Radio is celebrating its 50th anniversary this week in a classic way: asking its fans for money. A fundraising email gushes, “From covering the Vietnam War in 1971 to the COVID-19 vaccination effort today, and everything in between, NPR has delivered fact-based news and trustworthy analysis to millions.”

NPR dismissed the pre-election story about Hunter Biden’s alleged laptop as an example of “pure distractions” and then had to issue a correction to a January puff piece that had insisted the laptop story was “discredited by U.S. intelligence and independent investigations by news organizations.”

If you’re a conservative, you see NPR as a sandbox for liberals and object to your tax dollars going to that propaganda. If you’re a liberal, you love it dearly and fight any attempt to cut its federal funding.

On May 2, CBS “Sunday Morning” shamelessly aired an eight-minute segment that was more like a commercial selling NPR’s view of itself. Every single person interviewed on camera was a current or former NPR employee. At the end, host Jane Pauley oozed, “By the way, the producer of this report, ‘Sunday Morning’s’ Jay Kernis, was himself a pioneering NPR staffer.”

The reporter on this story was Faith Salie, who announced in the middle that she’s been a regular panelist on the snarky liberal NPR game show/current events quiz “Wait! Wait! Don’t Tell Me!” for 12 years. The notion of a conflict of interest means nothing to CBS.

In 2017, Salie wrote an angry article for the radical-feminist website Jezebel about battling Bill O’Reilly on Fox News. “Our country so condones the hatred and denigration of women that we’ve voted it into the highest office in the land (with a helping, hairy hand from Fox News),” she said. Don’t ask Salie if she ever voted for a Clinton. Nina Totenberg didn’t care about Bill Clinton’s sex life.

Salie began the "Sunday Morning" segment by touting "60 million weekly followers" and then let NPR's first director of programming, Bill Siemering, insist "it's not about ratings." I'm sure NPR never gives potential underwriters a sheet of how many listeners they'll be reaching.

Then Salie buried the notion that taxpayer money is involved, saying, "Most of NPR's funding comes from corporate sponsors and from independent public radio stations around the country that buy its programming." That's just a lie. Public radio stations often buy NPR programming with so-called community service grants from the taxpayer-funded Corporation for Public Broadcasting.
The only critical note came when NPR TV critic Eric Deggans was asked whether black Americans listen to NPR and he said: "No. ... I think black folks -- we have a highly developed sense of when our culture is included in programming. NPR is not that." We're told NPR's audience is 81% white.

But the organization is trying to fix this with podcasts such as "Code Switch," which just touted a story of two friends in Vermont who asked white people "to give money directly to their Black neighbors" as "a DIY, hyper-local 'reparations' program, of sorts." The hosts confessed they're "obsessed with reparations ... sweet, delicious reparations."

In this spirit, I would like to ask for a refund. I've been paying taxes for more than 40 years, and I would like my involuntary donations to NPR returned to me. CBS can serve up one-sided stories on its own dime. But NPR is taking my dimes and either excluding or eviscerating my conservative point of view. Enough is enough.