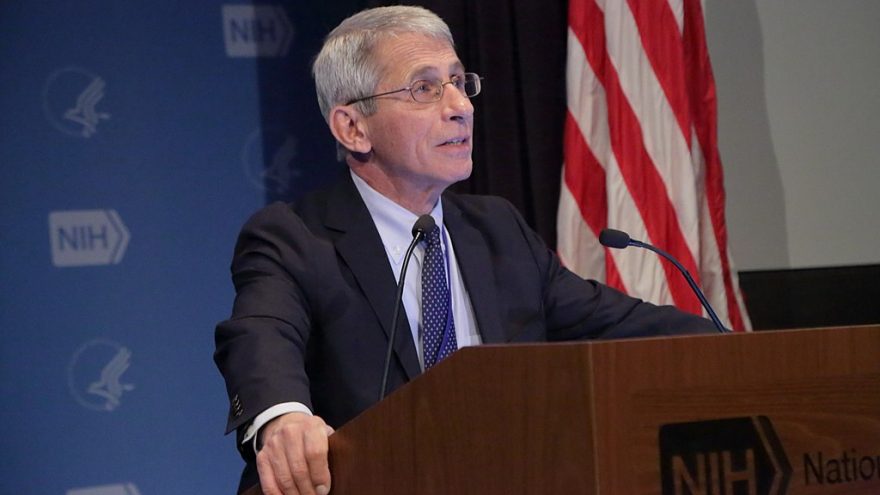 On Wednesday night thousands of Dr. Fauci’s emails were released to the public. They date all the way back to the very beginning of the COVID-19 pandemic.

While some of the communications have been largely redacted leaving more questions, Fauci’s duplicity and hypocrisy on a range of COVID topics has been laid bare.

The Daily Wire reports that in one email dated February 5, 2020, Fauci very clearly stated that masks don’t work as protection against the virus.“The typical mask you buy in the drug store is not really effective in keeping out virus, which is small enough to pass through the material.”

This statement from Fauci, at least proves that he understands the science behind masks not working, the question then, is why he has been pushing for their use by the general population for over a year now? If he was always aware that facemasks don’t protect against COVID, than why would he tell people it’s common sense to wear 2?

In another email to Fauci in mid-march 2020, a physicist tried to warn him that the Chinese were likely lying about their COVID data.

He also pointed out that the outbreak was likely much further along in the USA than previously thought stating, “I’m 99% sure that SARS CoV-2 has been spreading in the USA since late November / early December last year” Fauci, didn’t bother to read that email, and instead forwarded it along to someone else at the NIH saying, “Too long for me to read.”

It’s hard to know what might have been occupying so much of Fauci’s time then, but he definitely didn’t miss too many television appearances. Perhaps the NIAID director felt that filling slots on cable news shows was more important than understanding the beginning of the “curve” he was trying to “flatten.”

It also appears now that Fauci had reason to believe that, the virus was in fact created in a lab. In an email from January 31, 2020, scientist Kristian Anderson told Fauci, “some of the features (potentially) look engineered.” It was only recently that Fauci has given any credence to the lab leak theory.

On almost every issue of importance in the world of COVID, Fauci claims to be following “the science” or “the data.” These FOIA emails seem to indicate he is following the political science instead.

In summary, Americans should think twice before handing over their freedom to an unelected bureaucrat, because he might not be as interested in “public health” as it appears.

3 thoughts on “Fauci Emails Confirm Many Suspicions, Raises Others”