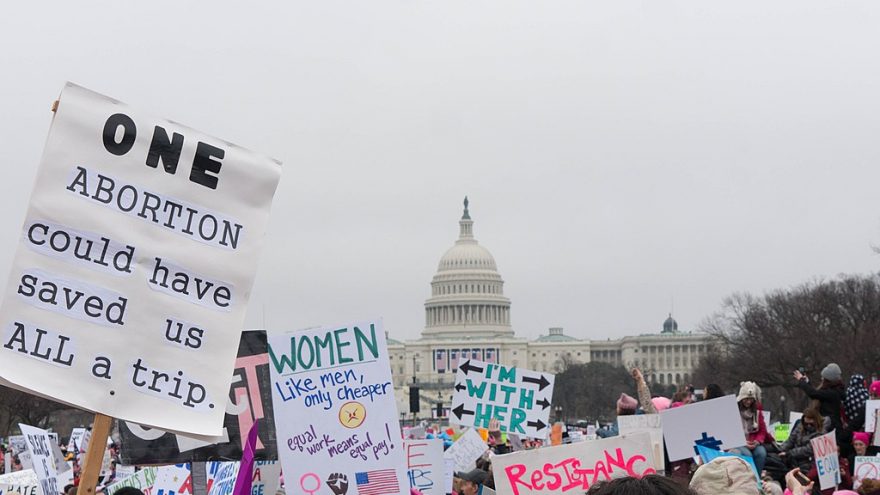 In yet another move to appease the pro-abortion camp, President Biden seeks to fulfill his campaign promise to activists and progressives on the Left.

Despite findings from a January poll that show the Biden administration’s abortion agenda is “deeply unpopular,” the President’s new $6 trillion dollar spending proposal contains measures that would serve to remove the Hyde Amendment.

The Hyde Amendment has maintained a place in spending bills since its inception in the 1970s, effectively preventing the use of taxpayer dollars in funding abortions, except in the event of rape, incest, or danger of the mother’s life.

The removal of the Hyde Amendment from Biden’s spending plan comes on the heels of other measures the administration has adopted since entering office earlier this year. An April proposal from the office of the President reversed the Protect Life Rule, enacted under Trump, that created a definitive separation between recipients of federal Title X funding and programs or facilities that perform or support abortions or refer for abortions.

In her comments on the most recent poll, pro-life Susan B. Anthony List President Marjorie Dannenfelser points out, “Americans across the political spectrum overwhelmingly reject the idea of forcing taxpayers to be complicit in the destruction of innocent human life at home or the exportation of abortion around the world.

This includes millions of rank-and-file Democrats alienated by the radical platform of their party. These facts come as no surprise to the pro-life movement, but they ought to serve as a wake-up call to President Biden and Vice President Harris – who have promised to swiftly dismantle President Trump’s pro-life policy achievements and ramp up the flow of tax dollars to the big abortion industry.

An agenda-driven White House would do well to consider the populace it represents: included in the 58% of Americans opposed to using taxpayer money to fund abortions are “65% of Independents and nearly one third of Democrats.” Furthermore, The Federalist reports President Biden’s most recent pro-abortion proposal in spite of opposition from approximately 200 GOP lawmakers and more than 60 pro-life activists.

A Democrat majority in the House and Senate tragically translates into a loss of protections for the unborn through taxpayer funded abortions.