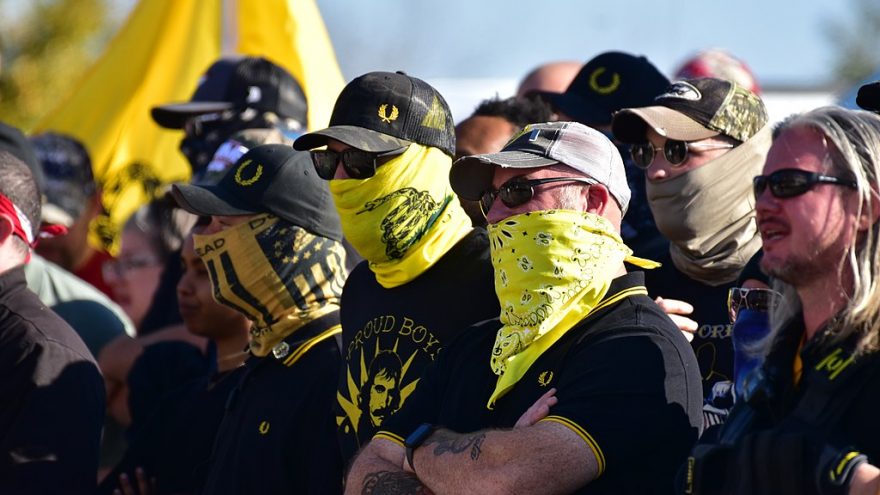 If QAnon is a right-wing conspiracy theory, the Democrats’ allegations that Republicans are killing democracy is the left’s conspiracy. They have convinced themselves that the Jan. 6, 2021, incursion into the Capitol was the worst event since the Civil War.

We’ve recently gone through a week that included discussions about the Tulsa Race Massacre, which was arguably a far worse post-Civil War attack on our democracy. Likewise, more people died on United Airlines Flight 93 to keep terrorists from flying a plane into the Capitol. Two planes brought down the World Trade Center that same day, and another slammed into the Pentagon.

In 1954, Puerto Rican nationalists opened fire inside the United States House of Representatives. There were also various bombings by the domestic terrorist group Weather Underground, and the assassination of John F. Kennedy and his brother Robert. Those are all arguably worse than what happened on Jan. 6.

But it has become dogma of the left and many members of the press that the Jan. 6 incursion is the worst. I do think it was bad and in the top 10, but I would put it lower than the Tulsa Race Massacre, the terrorist attacks on 9/11, the gunfire in the House of Representatives, the Kennedy assassination and the Weather Underground bombings. Congress very literally got back to work the afternoon of Jan. 6.

Coupled with the outrage over Jan. 6 is outrage over Sen. Joe Manchin preserving the filibuster. Democrats have turned on the one man keeping them in charge of the Senate. Now Machin has done something else. He has penned a new op-ed in which he declares his opposition to H.R.1/S.1: the massive progressive voting reform package. Various Democrats, members of the press, Hollywood stars and progressive activists across the country have all declared our democracy would die if the legislation is not passed.

Unfortunately for the Democrats, Manchin makes one really good point that spectacularly discredits the Democrats’ talking points. He asked: “Are the very Republican senators who voted to impeach Trump because of actions that led to an attack on our democracy unwilling to support actions to strengthen our democracy? Are these same senators, whom many in my party applauded for their courage, now threats to the very democracy we seek to protect?”

Manchin just killed the Democrats' voting reform package. Unfortunately for Democrats who have believed the GOP is dying, their party appears to have some serious problems beyond an inability to get anything done in Washington.

White people don't see themselves as an identity group. Critical theorists on the left say that is a form of privilege. But therein lies a problem for Democrats: The more white people vote as an identity group, the less they will vote for the party that tells them they are oppressors who must pay reparations.

Do you really think the rich, suburban, secular soccer mom is going to go along with punishing her family and, in particular, her kids because of the color of her skin or because someone she's related to did something 200 years ago? Really?
Likewise, Hispanic voters and Asian voters do not see themselves as a racial group. To an extent, Hispanic voters do; they trend toward viewing themselves as white. Add them to the voter pool of white people, and Democrats lose even more.

Asian voters are from a plethora of countries. Korean voters tend to be Christian. Indian subcontinent voters are trending Republican because of people like Bobby Jindal and Nikki Haley. Japanese and Chinese descendants lean Democrat. Hispanic or Latino voters are Cuban, Puerto Rican, Mexican, Columbian, Argentinian, etc. In Florida, they've all tended to vote with the GOP while Democrats double down on identity politics, and Republicans treat them as voters who want jobs and safety.

For years, Democrats and a great many political pundits in the press have told us demography is destiny and we're going to wind up with a Republican Party marginalized like it is in California. The real world data suggests Texas and Florida are more likely the trajectory of the country's politics than California, and that trend hurts Democrats. Democrats' constant hysteria on democracy and identity are undermining their ability to maintain a majority coalition.

2 thoughts on “The Death of Democracy is Overstated”