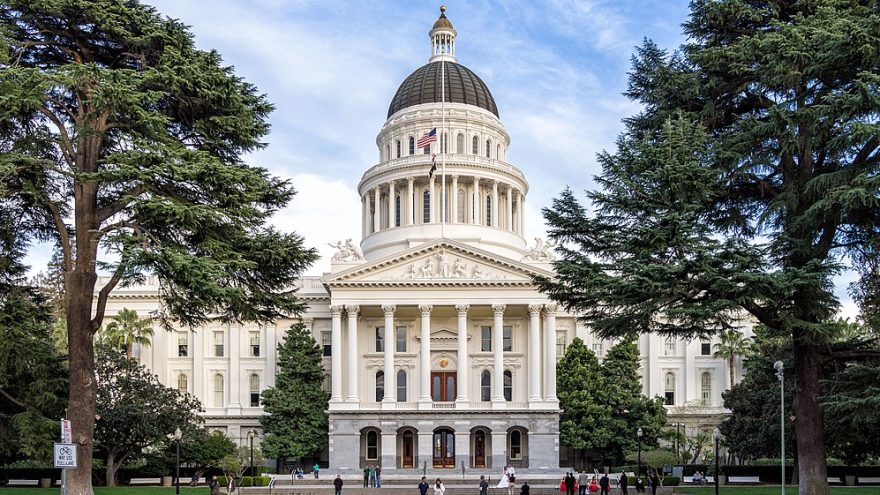 In Huntington Beach, California, the restaurant Basilico’s Pasta e Vino has posted a unique sign on its front door. The message is as follows:

“Notice: Proof of being unvaccinated required. We have zero-tolerance for treasonous, anti-American stupidity. Thank you for Pondering.”

The sign has gone up just as more COVID tyranny seems to be coming California’s way. Several localities are re-instituting mask mandates; and California Governor, Gavin Newsom was just on CNN comparing the unvaccinated to drunk drivers.

The courageous and principled owner, Tony Roman, is no stranger to pushing back against this kind of tyranny and is showing no signs of letting up. Back in March of 2020, during the initial “lockdowns”, Basilico’s stayed open for indoor dining. Later when the mask mandate came into effect, Basilico’s declared itself a mask-free zone and banned mask-wearing inside the restaurant.

In June the restaurant started selling T-shirts with the slogan, “Leave the vax, take the cannoli.” The phrase is a play on a line from “The Godfather” film. Also, on the shirt is a depiction of a hand controlling a marionette. On their Instagram page, Basilico’s posted “Imagine if Americans would have refused mask mandates, or even better banned the masks as we have throughout the lockdowns. The tiny tyrants then would have never dared to think they could try and force vaccine mandates.”

On Monday the “Los Angeles Times” ran a story about the anti-vax sign posted in Basilico’s front door, which generated significant backlash from the public. The restaurant received threatening phone calls and hundreds of one-star reviews were posted online. Basilico’s responded with a post on Facebook.

“We at Basilico’s Pasta e Vino wear it all as a badge of honor! Attention: tiny tyrants, wannabe little dictators, pro-lockdown/ pro-mask/ pro-mandatory vaccine mini Gestapo American traitors and snitches, and yes ‘Gavin Pelosi’ and ‘Stronzo Fauci’… We feel blessed to go into battle against all of you in defense of American liberty and freedom, so bring it on!”

America is in need of many more men like Tony Roman. Men who understand the signs of the times in which they are living, and who understand the value and the cost of American liberty and freedom. Tony is all but officially signing the pledge made in the Declaration of Independence almost 250 years ago. By his actions, he is putting on the line, his life, fortune, and sacred honor. Here’s to hoping that many more are willing to sign on with him.

49 thoughts on “California Restaurant Fights Back”