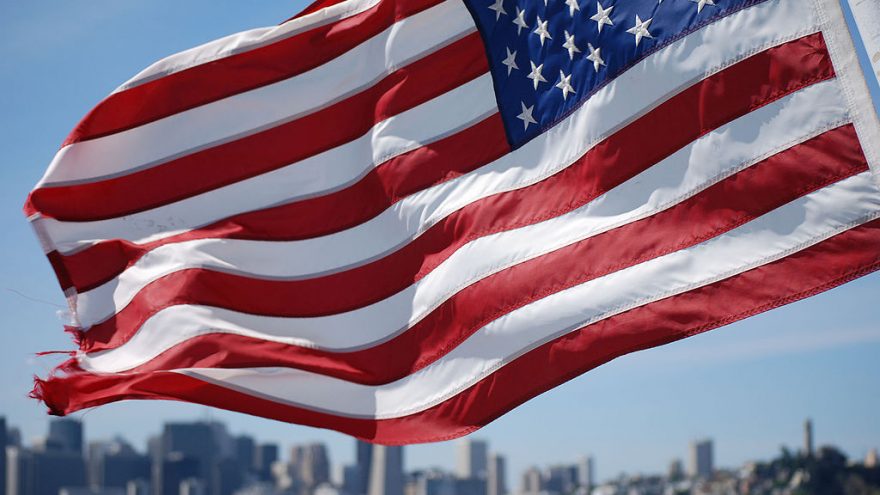 And we don’t wear it on our heads”

Don’t recognize these words? That may be because they represent a bygone era of unity and the symbol of said unity among Americans. While stirring some controversy even then, Charlie Daniels penned the words to the song “This Ain’t No Rag, It’s a Flag” in November of 2001 as response to the September 11 terrorist attacks.

The national unity that emerged following 9/11 was temporary, and the threat the U.S. faced from without has since been replaced with a seemingly greater threat from within. The symbol that once united the American people now takes center stage in fierce ideological debates. Athletes now kneel or turn their backs when the National Anthem is played.

As the U.S. celebrated its 244th year of independence this 4th of July weekend, there are some who claim the flag and its display now represent distinct political divisions. The Daily Wire reports on a piece published this past week by The New York Times and the backlash it received for its assertion that display of the flag often falls along party lines.

“What was once a unifying symbol — there is a star on it for each state, after all — is now alienating to some, its stripes now fault lines between people who kneel while “The Star-Spangled Banner” plays and those for whom not pledging allegiance is an affront.” The New York Times piece cites a YouGov survey that found 66% of Republican respondents associated the U.S. flag with their party versus only 34% of Democrats.

The piece and its conclusions sparked intense criticism over the apparent distaste that Democrats have for the once celebrated national symbol:

In a tweet shared by Donald Trump Jr., the former President’s son wagered the Left would label flag flying Americans as racist in less than a week from Independence Day.

Audren Conklin of Fox News responded to the piece, “it’s trendy to not like America while reveling in its freedom.”

Whether or not flying the flag represents one political party more strongly than the other, the divisions implied by the controversial NYT piece are not new, but are worrisome. The dissolution of our nation’s emblem is not in of itself the problem. It’s the polarization of a people that eschews American identity on one end and embraces extreme nationalism on the other.