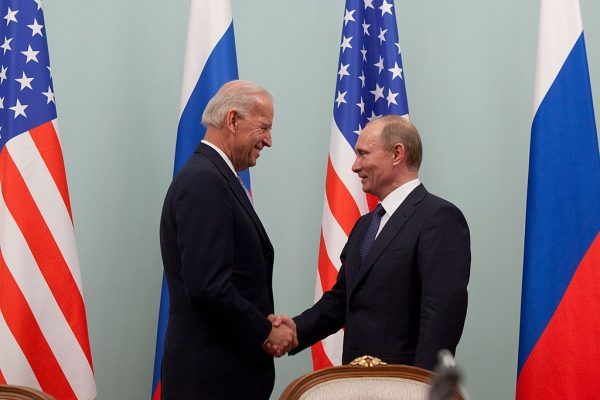 Among the raft of executive orders issued by President Biden on his first day in office was the revocation of the permit for the Keystone XL Pipeline’s construction. This, Biden offered as a nod to his new administration’s misguided obsession with climate change, asserting that “The Keystone XL pipeline disserves the U.S. national interest.” The pipeline’s damnation effectively killed all pipeline-related jobs and committed the United States to greater dependency on foreign oil.

Fast forward six months and some change into Biden’s presidency, and a White House statement cited Biden’s desire for American access to affordable gas, as prices at the pump have climbed steadily higher since he stepped into office. “Higher gasoline costs, if left unchecked, risk harming the ongoing global recovery.”

In an opinion piece published by the Wall Street Journal on Biden’s inauguration day, the editorial board noted that the State Department under Obama found five times over that the pipeline would not negatively impact greenhouse gas emissions. The article’s authors appropriately observed that “Killing Keystone won’t keep fossil fuels in the ground. It will merely strand billions of dollars in Canadian investment and kill thousands of U.S. jobs while enriching adversaries and alienating an ally.”

Instead of the logical first step of tapping into our own natural resources here at home, the Biden White House pleas with OPEC member nations to step up drilling efforts abroad. The Wall Street Journal describes “Jake Sullivan, the national security adviser, imploring the cartel of oil-exporting nations to pump more oil.” In a stroke of irony, the President essentially referred to the very fossil fuels he not so long ago deemed a harbinger of climate change as now essential for global economic recovery. Unfortunately, turning to foreign powers for America’s energy supply comes at a cost and will prove damaging to the ongoing economic recovery here at home.

All thanks to President Biden for exchanging a self-sufficient America for one dependent on foreign dictatorships.