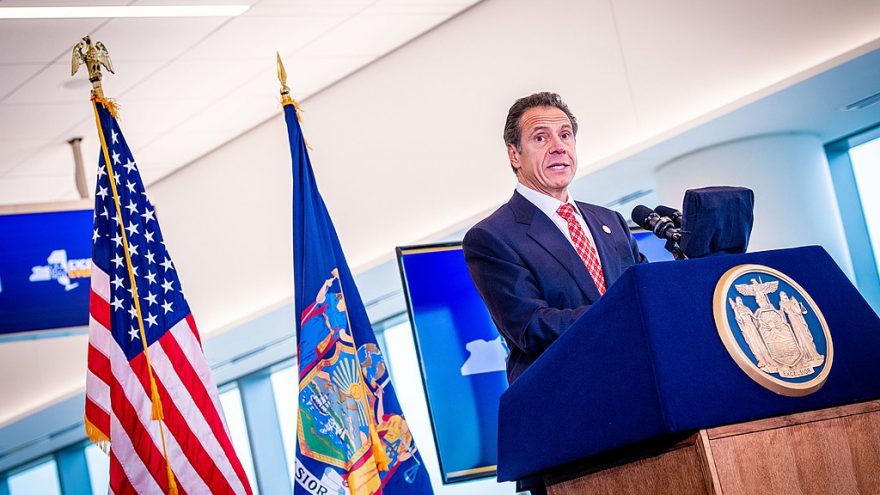 While Andrew Cuomo may have been forced out of office due to a damning investigation of his conduct towards women, that does not tell the full story of the former governor’s dark stint in public office. When he wasn’t groping and making unwanted sexual advances, he was sending thousands of New Yorkers to their deaths in nursing homes – and then hiding the data from the public.

During the height of the pandemic, Andrew Cuomo was universally praised for his leadership and transparency – at the time, New York was experiencing the biggest COVID wave occurring anywhere in the world. After that COVID wave, in October of 2020, Cuomo published a book about his leadership during the pandemic. He was given an Emmy for his daily press briefings, and Hollywood actors lauded him with commendations. Cuomo’s longtime friend, Anthony Fauci, even went on PBS to sing his praises.

“We know that, when you do it properly, you bring down the cases. We have done it. We have done it in New York. New York got hit worse than any other place in the world. And they did it correctly by doing the things [I Recommended].”

Of course, Cuomo used his emergency powers to turn New York into a medical authoritarian state resembling China – knowingly sending thousands of infected patients back into nursing homes that were locked down. In other words, he just followed Fauci’s recommendations. Despite implementing these “correct” measures, New York’s COVID numbers were and continue to be some of the worst in the country. Currently, only New Jersey ranks higher in deaths per capita than New York. The numbers were bad even before an additional 12,000 deaths were added. For those interested, that is over a 25% increase in what Cuomo had previously reported.

There is no doubt that what Cuomo had done is criminal. Cuomo resigning in disgrace due to sexual harassment claims is akin to the mobster who gets convicted for tax evasion instead of murder. As noted above, Cuomo had many accomplices during his reign of death, lies, and authoritarianism. Similar again to the mobster, those accomplices will get off scot free. In Cuomo’s case, his accomplices are the media and the Democrat party. They knew that the sexual harassment charges were the perfect out. There will be no justice for the more serious crimes committed.