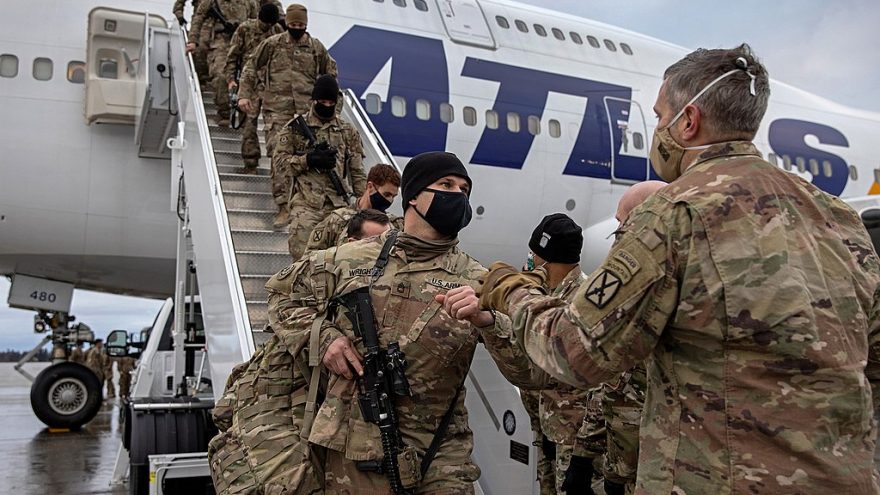 After nearly two decades spent entrenched in a war-torn nation, the United States’ rapid withdrawal from Afghanistan has left the country and its people vulnerable to the rapid advances of Taliban fighters. As of Friday, the Taliban now controls nearly two-thirds of the country. Any “victories” attained over nearly 20 years of war are on track to become a distant memory as a vital corner of the Middle East returns to a pre-9/11 terrorist haven and proves yet another victim of failed U.S. foreign policy.

The Biden administration’s announcement to withdrawal all U.S. forces by September 11 met with criticism from both those here at home and allies abroad. Senate Republican Minority Leader Mitch McConnell described the plans for the precipitous withdrawal as a “grave mistake” and “retreat in the face of an enemy that has not yet been vanquished and abdication of American leadership.” Across the pond, General Nick Carter regarded Biden’s April announcement as “not a decision we hoped for.”

Despite the dismay expressed by some top policymakers and military leaders on both sides of the Atlantic, most did not anticipate the swift deterioration of Afghan defenses that the world has witnessed in the last week. Media outlet, Axios, reported from sources last week that “The Taliban has stunned even some seasoned military and national security officials in the U.S. government with the speed of its conquests over the past week.”

The Commander-in-Chief remains stalwart in his decision to leave once and for all, assigning full responsibility for the country’s future to its current leaders and military, stating last week that “They’ve got to fight for themselves, fight for their nation.” UK Defense Secretary Ben Wallace expressed concern at the implications of the U.S.’s hasty retreat: “Failed states breed poverty, and failed states breed security challenges, domestically inside those countries and also to the international community.”

Most policymakers agree that no easy solution for ending America’s longest war existed. However, there are most certainly consequences for our withdrawal. Wins for women’s rights realized over the last (almost) 20 years will become a thing of the past. The loss of Western influence and role as a stabilizing force in the region is a certainty. The subsequent rise of terrorism is nearly sure, and as America moves out, China and Russia have room to move in.