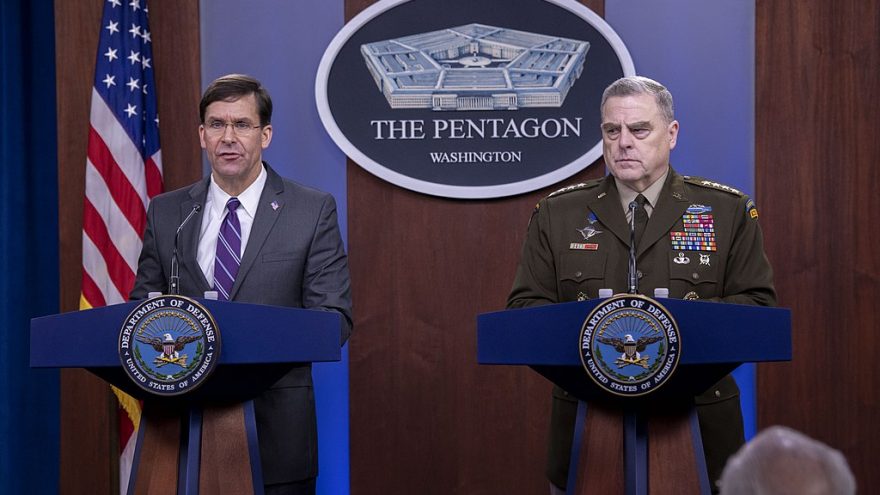 ‘Peril,’ a forthcoming book written by journalists Bob Woodward and Robert Costa reveals subversive actions of the 20th Chairman of the Joint Chiefs of Staff, General Mark Milley. To understand the import of Milley’s actions, it is essential to review the role of General Milley’s office. Taken directly from the Joint Chief’s government website, the role of the Chairman of the Joint Chiefs of Staff (CJCS) is that of the “principal military advisor to the President.” His duty is to present a “range of advice and opinions he has received, along with any individual comments of the other JCS members.”

It, therefore, comes as a shock to learn of General Milley’s actions during President Trump’s term in office. In a piece by the Washington Post this week, Isaac Stanley-Becker describes the account shared in Woodward and Costa’s new book. General Mark A. Milley secretly placed two separate phone calls in October of 2020 to his Chinese counterpart, General Li Zuocheng to assure him that the United States would not attack.

This verbal assurance allegedly came amidst tensions between the two nations over military exercises the U.S. was conducting in the South China Sea and President Trump’s aggressive posturing toward China. Without the President’s knowledge, Milley told Li, “General Li, I want to assure you that the American government is stable and everything is going to be okay. We are not going to attack or conduct any kinetic operations against you.” General Milley expressed greater loyalty to the military commander of an enemy state than to his own Commander-in-Chief when he also promised to alert his Chinese counterpart in the event of a U.S. attack. He cited their five-year relationship, describing the United States as “steady” and stating that “democracy can be sloppy sometimes.”

One could certainly argue that President Trump repeatedly defied norms of the executive office during his tenure as President. His actions, however, do not justify the betrayal of his Commander-in-Chief. During an interview with Fox News, former National Security Advisor to Vice President Pence, General Keith Kellogg, called on General Milley to resign or be subject to removal if he did in fact act without the President’s knowledge. Whether General Milley acted out of a genuine concern for the potential of war with China is not the central issue. His actions would not be tolerated among the rank-and-file military, and they most definitely deserve further investigation and consideration.