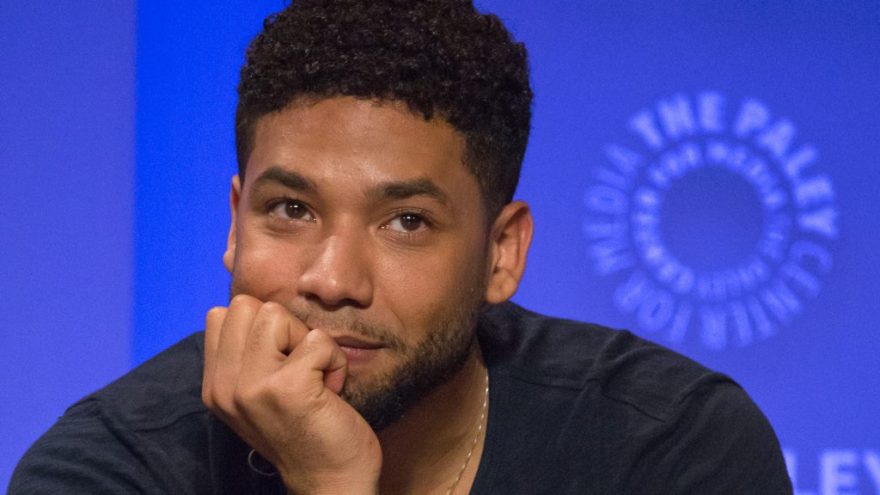 A quick perusal of the conservative news site Daily Wire’s home page yields multiple headlines starting with the attention-grabbing first word, “FLASHBACK.” Each of these pieces highlights well-known figures in politics and pop culture who not only validated but also perpetuated the narrative of pervasive racism in American culture in response to an alleged hate crime.

The incident in question is that of TV actor Jussie Smollett who claimed victimhood in a racially motivated crime in 2019. Smollett, who was “raised in the orbit of the Black Panthers” and, more recently, active in the Black Lives Matter movement, claimed he was attacked by two men who made MAGA (Make America Great Again) references while they punched him in the face and placed a rope around his neck. A homophobic and racist motive to the alleged attack was immediately assigned and gained traction among activists.

Despite the immediate outpouring of support that Smollett received, the Empire actor was found guilty this past week of lying to police and staging the crime in its entirety. Yet many who initially tweeted and voiced their solidarity with Smollett issued no follow-up statements in the wake of Thursday’s court decision.

Take, for instance, pop singer Ariana Grande’s response in 2019 via Twitter: “what happened to jussie makes me really f*****g sick to my stomach. i can’t believe s**t like this is really still happening everyday. what kind of world ?” New York Senator Kirsten Gillibrand likewise tweeted, “This is a sickening and outrageous attack, and horribly, it’s the latest of too many hate crimes against LGBTQ people and people of color. We are all responsible for condemning this behavior and every person who enables or normalizes it. Praying for Jussie and his family.” Kamala Harris also took to Twitter to describe the event as an “attempted modern day lynching,” further stating that “No one should have to fear for their life because of their sexuality or color of their skin.” In a tweet that has since been deleted, Speaker of the House Nancy Pelosi characterized the “racist, homophobic attack” as an “affront to humanity,” alongside her prayer that “justice is served.”

Unfortunately for all his supporters, justice was indeed served, and Smollett’s guilty verdict fails to perpetuate the ever-popular narrative of pervasive racism in America. Special prosecutor Dan Webb said of the hoax, “Besides being against the law, it is just plain wrong to outright denigrate something as serious as a real hate crime and then make sure it involved words and symbols that have such historical significance in our country.” The failure of those who not so long ago staunchly voiced their support of Smollett and strongly denounced racism shows that narratives are more important than truth.