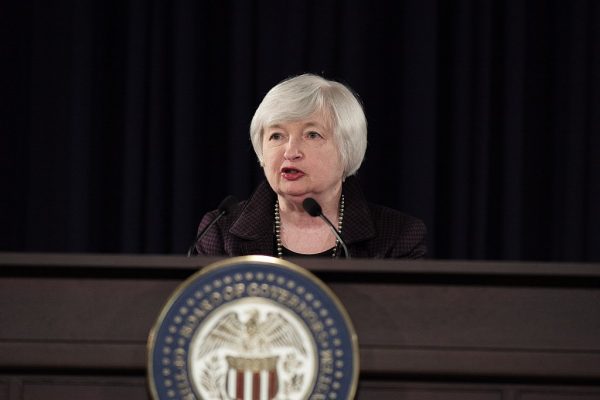 The Democratic Congressional Campaign Committee last week tweeted its praise of President Biden for a whopping 2 cent drop in gas prices. Meanwhile, Treasury Secretary Janet Yellen finally suggested that policymakers should stop using the word “transitory” to describe rising inflation: “I am ready to retire the word transitory. I can agree that hasn’t been an apt description of what we are dealing with.”

Yellen’s admission echoes what political leaders such as Florida Governor Ron DeSantis have insisted is true regarding the steady rise in consumer prices nationwide. During a press conference in October, DeSantis remarked that, “This inflation is real. This inflation is upending a lot of things. They said it was just going to be transitory — it’s not transitory.” DeSantis further described inflation as a sort of invisible tax levied on the American people.

Federal Reserve Chairman Jerome Powell took a similar tact to Yellen, when during a hearing before the Senate Banking Committee late last month, he troubled over the various meanings that the word transitory carries for different people. “To many, it carries a time, a sense of short-lived. We tend to use it to mean that it won’t leave a permanent mark in the form of higher inflation. I think it’s probably a good time to retire that word and try to explain more clearly what we mean.” Perhaps it’s not worth mentioning to the Chairman that Merriam Webster’s primary definition of the word transitory is “of brief duration: temporary.”

Yellen and Powell may wish to maintain that their use of the word “transitory” merely represents poor word choice, but rather it represents a completely inaccurate misreading of the economic challenges that owe, in part, to poor economic policy. So, yes, let’s stop using “transitory” to describe the nearly unaffordable pricing facing many Americans this holiday season and instead acknowledge the long-term impact of Biden’s denial of reality.