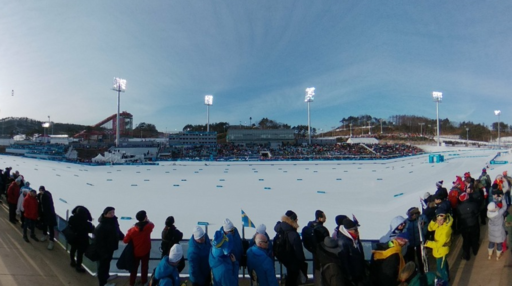 Just over two weeks away from the start of the 2022 Winter Olympic Games in Beijing, athletes receive warnings governing both personal and public conduct during their time spent competing in Communist China. Whether snapping selfies on the slopes or exercising rights of free speech so prized in the West, U.S. athletes do well to remember their host nation does not share the same values as the democracy from which they hail.

USA Today reports this week that athletes from several nations, including the United States, have been cautioned not to bring their personal cell phones and laptops to the Olympic Games next month. The warning owes to China’s widely known engagement in cyber-surveillance, both of its own citizens and foreign nationals. According to coverage by the Wall Street Journal, U.S. Olympic and Paralympic Committee instead urged athletes to use disposable phones, stating that “every device, communication, transaction and online activity may be monitored. Your device(s) may also be compromised with malicious software, which could negatively impact future use.”

Counsel issued ahead of next month’s Games doesn’t stop there, however. Reuters reports that speakers at a seminar hosted by Human Rights Watch earlier this week advised athletes not to speak out against China’s human rights abuses while in-country. China’s abysmal track record on human rights includes atrocities committed against Uyghur Muslims within its borders likened by some to genocide. Athletes whose public conduct fails to align with Chinese restrictions on political expressions may face repercussions.

Despite the admonitions rendered to athletes on the topic of public criticism of human rights abuse, the International Olympic Committee deemed certain acts of public expression during the Summer Olympics last year as acceptable. U.S. athlete Raven Saunders received praise for raising her arms above her head in an X, a gesture representing the “intersection of where all people who are oppressed meet.” Regarding her demonstration for the rights of black people, LGBTQ, and those struggling with mental health, Saunders said, “Because at the end of the day, we understand that it’s bigger than us, and it’s bigger than the powers that be.” The US Olympic and Paralympic Committee, in its review of athlete demonstrations, concluded Saunders’ expression was “respectful” and not in violation of USOPC rules.

As we look ahead to the Games, it remains unlikely that any athlete will feel so empowered to express their political views. Athletes face threats to personal data and public expression in a country that values neither privacy nor freedom.

2 thoughts on “Olympic Athletes Beware: Leave Your Cell Phones and Your Politics at Home”